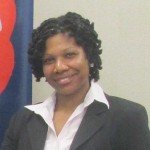 BALTIMORE — When President Barack Obama issued the “U.S. Strategy Toward Sub-Saharan Africa” he committed America to elevating efforts to spur economic growth, trade and investment in that part of the world.

That commitment, made in 2012, remains evident in Maryland, where computers and electronics made up almost 80 percent of the state’s exports to Liberia last year with an estimated value of $6.6 million.

The U.S. Department of Commerce also launched a “Doing Business in Africa” (DBIA) campaign last year to help American businesses take advantage of the many export and investment opportunities on the continent.

“Doing businesses with Africa is very important to both the United States and African communities, as well as the United States-Africa trade, which has grown to $21 billion over the last decade," Governor Martin O’Malley said prior to the African-U.S. Trade

Exhibition held at the Baltimore Convention Center in June.

Affairs, Rajan Natarajan filled in at the expo for O’Malley. According to Natarajan, Nigerians and the African American community in Maryland have been contributing “immensely” to the economic and social development of America.

Aisha Audu-Emeje, a member of the Governing Board of the Federal Polytechnic, Nasarawa state, told foreign investors at the event that the government and people of Nigeria and all of Africa were very serious and making frantic efforts to make the continent a member of the largest world economy before or by the year 2020.

The expo provided further opportunity for local businesses and entrepreneurs to network with representatives from Liberia who seek to partner with American firms for development projects at their University and within Maryland County, Liberia.

The U.S. Commercial Service, which is located across the United States and in U.S. embassies and consulates in nearly 80 countries, has a global network of trade professionals who assists American businesses to succeed in markets around the world.

Ties between Maryland and Liberia go back more than a century.

The first freed slaves sailed from the United States in the 1800s to help create an African nation. Also, Baltimore and its ships were central to the settlement of Liberia.

“Most starkly, Africa is going through a very real economic resurgence. Economic growth is estimated at around 6.5 percent, the highest in memory, while inflation is in the single digits,” said Todd Moss, Deputy Assistant Secretary of State for African Affairs, at a Baltimore Council on Foreign Affairs briefing. “High growth and low inflation are projected to continue this year despite a global economic slowdown.”