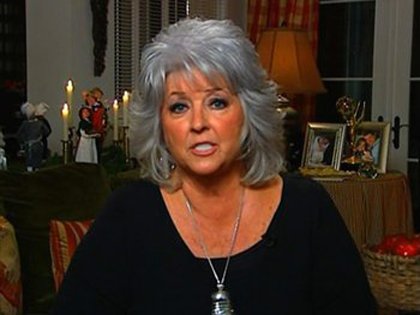 CNN — A Georgia man accused of trying to extort Paula Deen by threatening to divulge "true and damning" information about the embattled celebrity chef has signed a plea agreement with federal prosecutors, court documents show.

Paculis sought $250,000 from Deen in exchange for not divulging the information to the media. No other details on the agreement were immediately available.

Deen has been scrambling since admitting, in a deposition related to a lawsuit brought by a former employee, that she's used the n-word in the past.

Former employee Lisa Jackson alleged that Deen and her brother Bubba Hier committed numerous acts of violence, discrimination and racism that resulted in the end of her five years of employment at The Lady and Sons, and Uncle Bubba's Oyster House, two Savannah, Georgia, restaurants run by Deen and her family.

Savannah is where Deen built her business and brand into what many consider the folksy face of Southern cooking.

In the media firestorm that followed, Deen lost lucrative endorsements and her Food Network cooking show, while the publication of her eagerly anticipated cookbook was canceled.

According to a criminal complaint, Paculis interjected himself on June 24, five days after the details of Deen's deposition became public.

On that day, he sent an e-mail to Deen's lawyer, vowing that he was "about to go public" with information about the chef's use of the n-word at The Lady and Sons, according to a copy of the e-mail cited in the complaint.

"The statements are true and damning enough that the case for Jackson will be won on it's merit alone," Paculis wrote, according to the FBI. "As always ... there is a price for such confirmation.

"You can contact me here if you feel it is necessary," he said, referring to his e-mail address, the criminal complaint states. "Or I can go public and we will see what happens then."