Tameka Foster accuses Usher of being gone 85% of the time 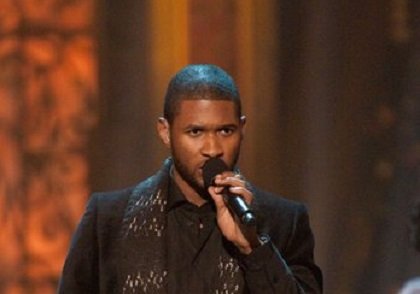 Usher is pictured in Washington, D.C. for the annual TNT Christmas in Washington event in December, 2009. Usher's son was injured in a near drowning incident at his Atlanta-area home Tuesday, August 6, Kevin Mazur/Wire Image

CNN — Singer Usher Raymond's ex-wife is asking a judge to give her custody of their two children after the oldest suffered a "near-death accident."

Five-year-old Usher Raymond V nearly drowned "in a swimming pool and is currently hospitalized in the intensive care unit of the Children's Healthcare of Atlanta Hospital," Tameka Foster said in an emergency motion filed Tuesday in a Fulton County, Georgia, court.

Her son "is doing much better," according to a Twitter posting by Foster on Wednesday afternoon. The mother has been with him at the hospital since she learned of the accident Monday, her lawyer told CNN.

CBS Atlanta News confirmed that Usher Raymond V, the 5-year-old son of Usher IV, was hospitalized in the ICU after an incident in the pool at the singer's Fulton County home Tuesday, August 6, 2013.

A hearing is set for an Atlanta courtroom Friday afternoon for the motion, her lawyer said. The other child, Naviyd, is 4 years old.

In a statement released Wednesday, Usher said: "I am blessed and fortunate to say that my son Usher V is doing well and is recovering. I am overwhelmed by the outpouring of prayers, love and support for my family's well-being."

The singer did not address his ex-wife's allegations or the upcoming hearing.

Usher won primary custody of the children last year after a bitter court fight in which Foster accused the singer of being an absentee father.

Foster renewed her arguments based on Monday's accident, contending the singer "continues to excessively travel, utilizes third-party caregivers to supervise the minor children rather than personally exercising parenting time and providing supervision for the minor children."

Usher is "not capable of providing daily caregiving and supervision for the minor children of the parties as petitioner is preparing to film a movie in Panama and has ongoing commitments that require his presence in Los Angeles, New York and various other cities for the Voice and his upcoming album."

Her motion alleges that Usher is away from Atlanta -- where she and the children live -- "in excess of 85% of each month." He refuses to let her see the children when he leaves town, saying he "would rather the nanny raise the children," Foster contends.

Foster also complained that her ex-husband does not talk to her about issues affecting the boys, "including school enrollment and summer activities." The private school in which he just enrolled them is more than an hour from her home, she said. And, Usher has not given her the phone number to the home he moved to with the children in June, she said.

Foster's tweets posted Wednesday read: "Cabin fever.. But I'm so happy to say that my son is doing much better. Talking & asking for food. Thank you for ur well wishes & prayers." and "....And no I haven't gone anywhere or done anything. #Relax"

Foster blames the swimming accident on "the negligence and failure to properly supervise" the children. Usher's aunt was in charge of the children when the oldest son "suffered a near-death accident while left unsupervised in a swimming pool," the motion contends.

"I need an ambulance," his aunt, Rena Oden, told an emergency operator in a call to 911. "My nephew was in the pool, and I couldn't get him, I tried to get him." A recording of the call was made public by police Tuesday.

The aunt, a housekeeper and another woman were "unsuccessful in pulling the victim from the pool drain," but two men who were installing sound equipment in the home rushed to help, the report said.

"They're doing CPR on him now," Oden told the operator. "Is he coming around? He's breathing!"

Sound technician Eugene Stachurski rescued the child from the drain and used CPR to revive him on the side of the pool, the police report said.

About five minutes into the recording, Oden told the operator that paramedics had arrived at the home and had taken over.

The child was "conscious, alert and breathing" when the ambulance took him to a hospital, where he was kept overnight for observation, the police report said.

CNN's Tory Dunnan and Marylynn Ryan contributed to this report.