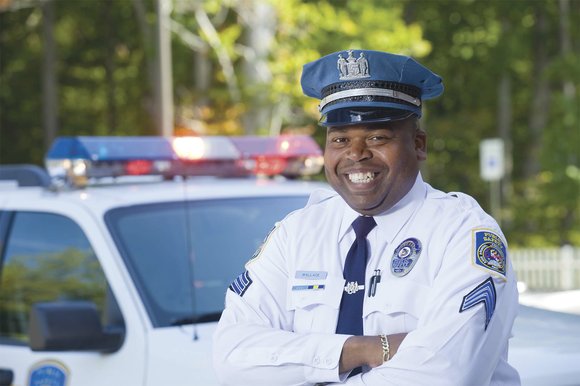 Anne Arundel Community College Public Safety Officer Lt. Darrell Wallace has been selected to receive the Maryland Chiefs of Police Association 2012 Exceptional Performance Award. The award honors officers who exemplify excellence on the job and will be presented to Wallace at the association’s annual conference Sept. 9.

Wallace, a 20-year veteran of the Department of Public Safety, began as an officer and worked his way up the ranks to shift commander. His patrol tactics and keen observation skills led last year to the apprehension of several persons charged with using and distributing controlled dangerous substances. He also was credited with apprehending suspects in the theft of a catalytic converter and a vending machine break-in. In addition to his patrol duties, he is a radKIDS instructor, in which he teaches children on basic awareness and self-defense skills, and is the college’s point-person for the annual U.S. Marines Toys for Tots campaign.

For information about AACC’s Department of Public Safety, visit http://www.aacc.edu/publicsafety/