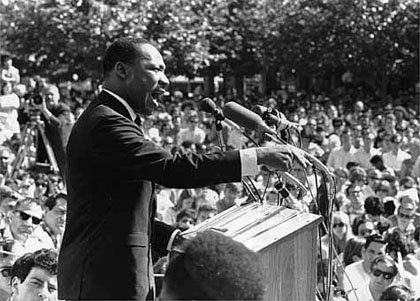 Denice Tyree remembers leaving her home off of Maryland Avenue in Northeast Washington, D.C., early on the morning of August 28, 1963. Just 15, the teen would join the throngs who were to witness history unfold before their very eyes.

“It was exhilarating, sitting there listening to the entertainment and then to Dr. Martin Luther King, Jr. When it was over, I walked back home and, I guess, I became a civil rights activist,” said Tyree, who joined the Student Nonviolent Coordinating Committee (SNCC), one of the organizers of the civil rights movement in the 1960s.

Tyree later signed up with the National Association for the Advancement of Colored People (NAACP) and then worked as an equal employment opportunity specialist. 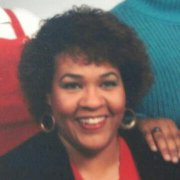 She now lives in Waldorf, Maryland.

“I covered the original march as a summer photography intern for the Westport Town Crier, a small weekly newspaper in Westport, Connecticut,” said B.D. Coleman, a retired photojournalist. “I had just turned 17 and the week before the march. My parents drove me to the New Haven Railroad station to catch the 2:30 a.m. train and to join up with a group from Westport,” Coleman, 67, said.

Coleman says he will attend this year’s anniversary, mostly because of the wonderful memories that are still very much etched in his mind. “I can still feel the heat, the humidity and the hope that dominated that day so long ago,” he said. “I remember sitting on the edge of the northwest corner of the Reflecting Pool, my feet dangling in the water, listening to those words of Martin Luther King that now belong to history. Of all the events I experienced in my life, and I was at literally every anti-war demonstration in Washington, D.C., the March on Washington is the single event of which I always say proudly that I was there.”

More than 200,000 people of all ethnicities and ages took part in the 1963 March on Washington for Jobs and Freedom. Organized by a number of civil rights groups and religious organizations, the march was designed to shed light on the political and social challenges African Americans faced across the country.

By 1963, the centennial of the Emancipation Proclamation, most of the goals of earlier civil rights protests still had not been realized.

High levels of black unemployment, work that offered most African Americans only minimal wages and poor job mobility, systematic disenfranchisement of many African Americans, and the persistence of racial segregation in the South prompted discussions about a large scale march for political and economic justice.

After notifying President John F. Kennedy of their intent, the leaders of the major civil rights organizations set the march date for August 28 with the goals of the protest to include: a comprehensive civil rights bill that would do away with segregated public accommodations; protection of the right to vote; mechanisms for seeking redress of violations of constitutional rights; desegregation of all public schools in 1963; a massive federal works program to train and place unemployed workers; and a Federal Fair Employment Practices Act barring discrimination in all employment.