The kurious kase of Karla Porter 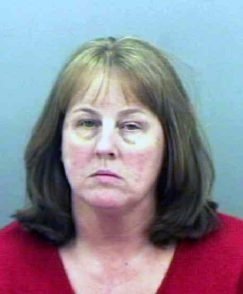 This redefining self-defense business is getting WAY out of hand.

First we had George “Ringo” Zimmerman fatally shooting 17-year-old Trayvon Martin in a Sanford, Florida, gated community in February of 2012.

That incident received plenty of media coverage, and well it should have. A Florida jury recently acquitted Zimmerman of all charges for killing Martin. He claimed self-defense, and the jurors bought his claim hook, line and sinker.

Was Martin, like Ringo Zimmerman, totin’ a firearm? Did he have a knife, a two-by-four, brass knuckles or anything that could be even remotely described as a weapon?

Nope. According to Zimmerman’s own testimony, Martin’s only weapon was his fists. Martin punched Zimmerman, knocked him to the ground and then pounced on him, continuing the pummeling.

Hmm. Fists versus a handgun. Now why doesn’t that strike me as a fair matchup?

Zimmerman’s defense amounted to this: it’s OK to shoot anyone if you and that someone are engaged in a fistfight, and you come out on the short end of that fistfight.

If I shot every guy that left me on the short end of a fistfight every time I had one, I’d have shot quite a few guys by now. But, over the years, I’ve come up with what I think is the perfect alternative to shooting people. Don’t get into fistfights.

Mark O’Mara, one of Zimmerman’s lawyers, doesn’t see it that way. He thinks Zimmerman was right to peg Martin as a suspect in the crime that was never committed.

In a now famous exchange with Whoopi Goldberg on the television show “The View,” O’Mara asked his question about Martin:

“If, because he’s black, can he never look suspicious?” Wrong question, O’Mara!

The better question is, “If, because he’s black, must he always be viewed with suspicion?” Has O’Mara forgotten that black men were suspects in crimes whites committed?

In 2009, Bonnie Sweeten, a white woman who lived in Pennsylvania, stole money from her family and the law firm where she worked and then accused two black men of kidnapping her.

Susan Smith killed her own children, and then blamed a brother. Charles Stuart killed his pregnant wife in Boston, blamed a black guy, and then Beantown cops went on one of those “Negro” hunts for which American cops are so renowned.

And right here, in Baltimore County, Karla Porter had her husband shot the night of March 1, 2010. Blamed a black guy for it.

Now, if Porter had told police in Sanford, Florida, her “a black guy did it tale” she might have gotten away with it. Unfortunately for her, Baltimore County cops are a bit more sophisticated.

Homicide detectives kept grilling Porter until she ‘fessed up. Then, and only then, did she decide to go with her own self-defense claim.

Her husband had abused her, physically and mentally, or years, Porter alleged. That’s why she hired a hit man to do him in.

If a man puts his hands on a woman and she defends herself with a gun, knife or some other weapon, then THAT’s a legitimate case of self-defense.

But when a woman hires a hit man to pop her unsuspecting hubby that strikes oh-so-silly-me as premeditated murder, not self-defense.

Where did Porter think she was? Florida?