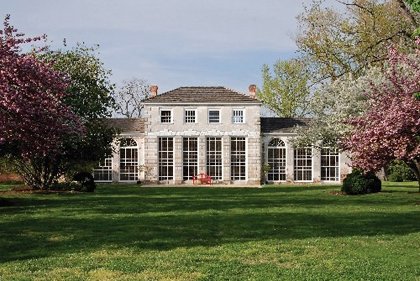 COLLEGE PARK, Md. — The first exhibition to display the many archaeological finds at Frederick Douglass’ childhood plantation— where he first realized that he was a slave—opened recently at the Academy Art Museum located at 106 South Street in Easton, Maryland. The exhibition is co-curated by University of Maryland archaeologists.

“Joint Heritage at Wye House” represents eight years of excavations conducted by the University of Maryland team and highlights evidence recovered from slave quarters and the Green House at one of the largest and well-documented plantations in Maryland. The major interpretive exhibition includes the rarely seen historic ledger of the plantation’s rosters of slaves. It runs through October 13, 2013.

“At a time when racial tensions continue to divide, our archaeology shows that American culture is an indivisible amalgam of African and European influences,” says University of Maryland archaeologist Mark P. Leone, who has led the Wye Plantation excavation. “From culinary tastes to horticulture to religion, African traditions blended with the European to shape a distinctly American culture.”

The excavation uncovered evidence of life on the thriving agricultural plantation. Hundreds of slaves toiled there, along with hired labor and family members. Artifacts include house wares, food remnants, and traces of pollen from the herbs, medicines, flowers and fruit grown in the historic “Orangery,” as it was later called, an 18th century feature on estates and plantations.

“We have gone to great lengths to provide a wealth of historic context to make plantation life as vivid and accessible as possible,” says Academy Art Museum Curator Anke Van Wagenberg. “Our display includes books, recipes, maps, artwork. Most remarkably, we can document the generations of slaves who worked there.” 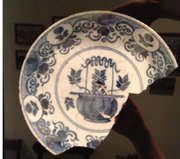 Courtesy of the Wye House Collection

“This holds intense interest for many who live in the area— descendants of Wye slaves,” says Leone. “Understanding history is a matter of pride.”

Dating to 1785, the Wye Orangery may be the oldest surviving structure of its type in the United States. A significant part of the excavation has been devoted to the building. By analyzing surviving bits of pollen unearthed there, Leone’s UMD colleague Elizabeth F. Pruitt was able to catalogue the arrangement and identity of species originally grown there.

“We identified more than 100 plants that grew there,” Pruitt says. “It provided medicinal herbs, leafy plants, exotic fruits and array of flowers. This was a central feature of the plantation combining beauty and practicality.”

The Wye Plantation has remained in the same family for 12 generations, dating back to 1659. The owners, the Tilghman family, gave Leone access and helped fund his research, as well as the exhibition.

“Joint Heritage at Wye House” is made possible by the generous support of Richard and Beverly Tilghman, the University of Maryland, College Park and the Frederick Douglass Honor Society. A