Tips for getting the most out of Social Security retirement benefits 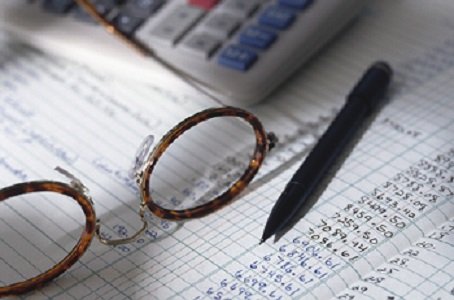 NEWS AND EXPERTS — Too many people end up getting less than what’s due them from Social Security when they retire because they don’t know the rules and the real financial impacts, says independent retirement advisor Gary Marriage, Jr.

“There’s a lot of talk about the future of Social Security, but we still have this benefit and if you’re 50 or older, you should be planning to make the best use of it,” Marriage says.

Marriage, CEO of Nature Coast Financial Advisors (www.naturecoastfinancial.com), which specializes in maximizing retirees’ finances, shares important facts to keep in mind as you plan for how Social Security will factor in your retirement:

•“Can I convince you to wait a few more years?” Many people are understandably eager to retire as early as possible; others fear Social Security retirement benefits will suddenly vanish, so they want to get what they can as quickly as possible— at age 62. But if you’re counting on those benefits as part of your income, you should wait until you’re eligible for the full amount. That’s age 66 if you were born 1943-54, and age 67 if you were born in 1960 and later. If you’re in the older group, retiring at 62 cuts your benefits by a quarter; for the younger group it’s nearly a third. “Chances are, you’ll be better of mentally and physically if you wait anyway,” Marriage says. “Many studies show that people live longer and are more vital the longer they remain employed; more importantly.”

•The reductions in Social Security add up to a considerable sum. The average retirement benefit in June of this year was 1,222.43, according to the Social Security Administration. People born in the 1943-54 group who are eligible for that amount at age 66 will get just $916.82 a month if they retire at 62. If they live to age 90, that’s a total of $308,052.36. By waiting just four years, they’ll net an additional $44,007.48. Waiting until age 70 can make you eligible for a bump in benefits— up to eight percent a year – but there are no increases if you delay longer.

•If divorced, were you married for at least 10 years? Were you married for a decade and aren’t currently remarried? You may be eligible to received benefits based on the former spouse’s work record. Here are some of the other requisites: you must be age 62 or older, and the former spouse must be entitled to receive his or her own benefits. If the former spouse is eligible for a benefit, but has not yet applied for it, the divorced spouse can still receive a benefit. Additionally, two years must pass after the divorce.

Gary Marriage, Jr. is the founder and CEO of Nature Coast Financial Advisors, which educates retirees on how to protect their assets, increase their income, and reduce their taxes. Marriage is a national speaker, delivering solutions for pre-retirees, business owners and seniors on the areas affecting their retirement and estates. He is an approved member of the National Ethics Bureau, and is featured in “America’s Top Hometown Financial Advisors 2011.” Marriage is also the founder of Operation Veteran Aid, an advocate for wartime veterans and their families.