Disney Junior Live on Tour! Pirate and Princess Adventure comes to the Lyric 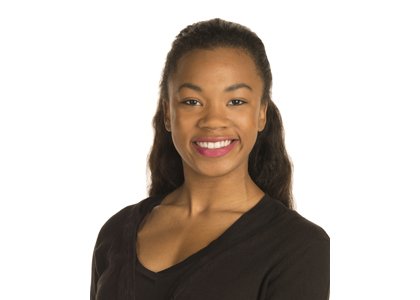 BALTIMORE — Disney Junior Live on Tour! Pirate and Princess Adventure has arrived in Baltimore. The show runs Dec. 6 through Dec. 7, 32013 at the Lyric Opera House. The production features characters from top performing cable TV series for preschoolers including Sofia the First, Jake and the Never Land Pirates, and Doc McStuffins.

Presented by Feld Entertainment, producers of Disney on Ice and Disney Live!, the production launched a 90-city national tour in July 2013.

“The Feld Entertainment mission of providing quality live entertainment experiences that the entire family enjoys starts with Disney Live! because it is often a young fan's first theatrical experience,” said producer Alana Feld. "Children everywhere are falling in love with Sofia and Jake, and we are thrilled to bring these popular Disney Junior characters to the stage for the first time ever."

In 2012, Doc McStuffins and Jake and the Never Land Pirates ranked as cable TV's Top two series for all kids ages 2-5, reaching 46.7 million and 36.5 million unique total viewers, respectively, throughout the year.

Disney Junior Live On Tour! Pirate and Princess Adventure begins with a special interactive pre-show featuring the loveable 6-year-old doctor to toys and stuffed animals, “Doc McStuffins”. Children and their parents will sing "The Check-Up Song" along with “Doc” as she provides tender love and care.

Cierra Sanford portrays “Doc McStuffins.” The 22-year-old is a native of Detroit, Michigan and has been dancing for 14 years.

“This is a great character to portray,” said Sanford. “Doc McStuffins is really caring and she brings out the kid in me. The plot of the television show is great because it teaches kids about friendship, caring for others, kindness, and why they should go to see a doctor if something is wrong. The show is a fun way to teach kids.”

Sanford landed the “Doc McStuffins” role after auditioning in Chicago earlier this year.

“I got a call a month later and flew out to Florida,” recalled Sanford. “I love traveling from state to state and seeing what’s all around us. I enjoy seeing the mountains, rocks and so many things I have never seen before. I love being a part of this show.”

Sanford is a graduate of Harrison High School in Detroit. She trained with the Deeply Rooted Dance Theatre, and was attending the University of Michigan before landing the job with Disney.

“I have so much to do, and really enjoy dancing,” she said. “While I am young I have to take advantage of it. I definitely want to go back to Michigan to get my Science and Nursing Degree. My family stresses education and I do plan to go back, and want to also continue to fulfill my passion of dancing.”

She added, “On stage, I hope to touch everyone in the audience in some way. I feel a big emotional feel when I am performing. It is a real honor. I never thought I would perform for so many audiences. I hope everyone realizes they can do exactly what I am doing as long as they want it. This is a dream come true.”

In this original storyline, Mickey and Minnie lead the audience on an exciting adventure that will have families rooting for their favorite pirate “Jake” and Disney's first little girl princess “Sofia”. Audiences will also embark on a journey to the magical world of Enchancia, where “Sofia”, her stepsiblings “Amber” and “James”, and the entire kingdom are preparing for the annual friendship festival.

“Sofia” has the honor of delivering the perfect gift to her royal subjects at the celebration, and the one-and-only Cinderella visits the castle to help Sofia in her mission to find just the right present.

“This is an awesome show,” said Sanford. “Families love the show, and it’s very interactive. There’s something for everyone.”

Feld Entertainment is the worldwide leader in producing and presenting live touring family entertainment experiences that lift the human spirit and create indelible memories, with 30 million people in attendance at its shows each year.

Due to tremendous public response, Disney Junior Live on Tour! Pirate and Princess Adventure has been added an additional show on Saturday, December 7, 2013,