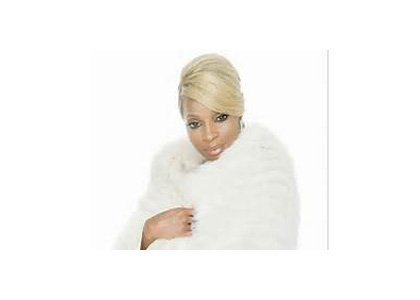 “The album is beautiful and you are going to feel— the spirit of love and giving— [that’s] what Christmas means to me.”

The varied styles of some of the world’s favorite Christmas and inspirational songs on “A Mary Christmas” album is certain to make it classic for many people. Her husband, Kendu Isaac was the executive producer of the project with production and arrangements by David Foster.

“People have a whole lot of love and respect for each other, mankind [during the holidays]. That’s what I put into this. It’s how I felt about Christmas as a little girl and even now. How much I believe it brings to the universe,” Blige said.

What a gift Christmas is to the world and what a gift Mary J. Blige is to music. She has sold over 50 million albums and 13 million singles as of 2013. Billboard magazine names her the most successful female R&B singer in the past 25 years. In 2011 VH1 ranked her 80th of the greatest artists of all time and in 2012 VH1 ranked her #9 in their “100 greatest women in music.”

Those accolades are well deserved and when you listen to “A Mary Christmas” you will understand why. Nearly every song is great including my favorites “Have Yourself a Merry Little Christmas,” for its touch of jazz and The Sound of Music classic “My Favorite Things” which brought back childhood memories.

Mary J. Blige is also an actress that has starred in “Rock of Ages” with Tom Cruise and “Betty & Coretta” with Angela Bassett and Malik Yoba as Dr. Betty widow of Malcolm X. She will play Nina Simone in the upcoming biopic “Nina.”

Eunice Moseley is an entertainment writer and a public relations/business management consultant. For more entertainment news, visit: www.FreelanceAssociatesInc.com or www.ThePulseofEntertainment.com or www.UpliftingMinds2.com.