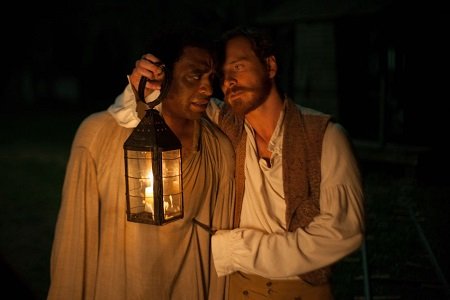 CNN — The 20th Annual Screen Actors Guild Awards nominations were announced Wednesday morning, and as one of the leading awards show salvos in what is expected to be a competitive season, what didn't get nominated was as notable as what did.

Robert Redford was left out. So was anybody from "Inside Llewyn Davis." "Captain Phillips" missed out on a best ensemble nomination, and "The Wolf of Wall Street" came up completely empty.

A number of films did get good news.

Though "12 Years" has narrowly missed topping year-end best-of lists so far -- and has even been left out entirely on some -- it's been considered an Academy Award shoo-in since its release in October, and the SAGs do nothing to stall its momentum.

On the other hand, "August: Osage County," the sprawling comedy-drama based on the Tracy Letts play, has been generally ignored on critics' best-of lists. ("Good but not great" is the consensus so far. ) But it also did well at the SAG nominations, earning three nods, for ensemble, lead female actor Meryl Streep and supporting female actor Julia Roberts.

And "Captain Phillips," though snubbed in the ensemble category, picked up nominations for star Tom Hanks and a surprise nod for supporting actor Barkhad Abdi. "Phillips" is the film debut for Abdi, a Somali immigrant who plays a ship hijacker.

But there are a number of Oscar favorites that couldn't get into the ring.

"Her," the Spike Jonze work about a man who develops a relationship with a computer operating system, was completely shut out. So was "The Wolf of Wall Street," the new Martin Scorsese film, despite excellent early buzz.

Redford, whose one-man show in "All Is Lost" has made him a favorite for best actor, was left off SAG's list. So were Oscar Isaac (from the Coen brothers' latest, "Inside Llewyn Davis," which came up completely empty), Michael B. Jordan ("Fruitvale Station") and "American Hustle's" Amy Adams and Christian Bale.

The most unlikely nominees were focused in the supporting actor category. Besides Abdi, Daniel Bruhl picked up a nomination for Ron Howard's mostly overlooked "Rush," and the late James Gandolfini was honored for his work in the comedy "Enough Said."

Though the actors' wing represents the biggest bloc of Oscar voters, the SAG Awards aren't always a great bellwether of best picture success at the Academy Awards.

Though "Argo," last year's best picture, also won the SAG Awards' ensemble honor, the 18th annual SAGs went with "The Help" over "The Artist" and the 16th annual awards tapped "Inglorious Basterds" over "The Hurt Locker."

The picks for actor and actress, on the other hand, are much closer to the academy's selections. Last year's SAGs went to Daniel Day-Lewis and Lawrence; the year before honored Jean Dujardin (though Viola Davis lost the Oscar to Streep); and 2010 SAGs went to Colin Firth and Natalie Portman.

Does it mean anything? Thursday may muddy the waters further, when the Hollywood Foreign Press Association announces the Golden Globe nominations.