And yet another journalistic goof! 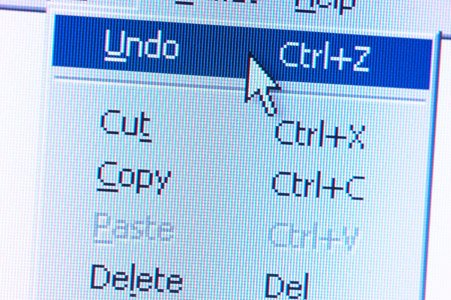 In my last column I railed, ranted and raved about how reporters, anchors, editors and general managers of local television stations aren’t from Baltimore, but really need to act like they’re from around here.

It was a matter of journalistic accuracy, I harrumphed, so that said reporters and anchors wouldn’t take to the airwaves and say things like “Poly High School” or “City High School.”

The specific target of my dudgeon was a local television reporter named Kai Reed. Specifically, I wrote this:

“Who would utter such nonsense (as Poly High School)? Well, WJZ-TV reporter Kai Reed for one.”

The columnist regrets the error. The columnist also apologizes to Ms. Reed, WBAL and WJZ. But maybe now they have some appreciation for how I feel when I hear things like “Poly High School” and “City High School.”

Besides, my goof might have been caused because I frequently suffer the side effects of rigorous chemotherapy regimens. What’s their excuse?

Now, on to other matters: Gary Maynard has resigned as director of Maryland’s Department of Public Safety and Corrections. And can you blame the man?

Recently the feds indicted 19 more people in connection with the smuggling contraband scandal at the Baltimore City Detention Center. The total number of corrections officers indicted is 27.

According to a news story in The Baltimore Sun, witnesses cooperating with the feds indicated that as many as three-quarters of the 650 corrections officers that work at BCDC either are or, at one time, might have been involved in the corruption.

Now let’s do some quick math: 75 percent of 650, rounding off to the nearest whole number, is 488. So nearly 500 corrections officers at the BCDC are dirty, if the witnesses accurate.

How are the remaining 162— the honest ones, or, as I put it in a previous column, the smart ones that aren’t nasty— supposed to do their jobs? Fact is, they can’t. Not effectively, and not in that environment.

I have a hunch that Maynard decided to resign once he heard that 75 percent number. He probably figured, “I don’t need this nonsense.”

Maynard did what he had to do to keep his sanity intact, which was to say good-bye, good luck and good riddance to Maryland’s department of correction.

I really can’t end this column without giving some props to Mandela, the former president of South Africa who died this past December 5.

Mandela has been my hero for years, and I’m talking long before almost everybody started jumping on the Nelson Mandela bandwagon back in the 1990s.

My passion for Mandela started around 1969, when I was fresh out of high school. (BALTIMORE CITY COLLEGE, I will once again remind the folks at local television stations.)

From the frequent reading of the newspaper Muhammad Speaks, I learned about Mandela and the African National Congress to which he belonged.

I learned how Mandela helped co-found Umkhonto we Sizwe, the military wing of the ANC, in the early 1960s. I learned that Mandela was a courageous, bona fide fighter for the liberation of African peoples.

I never did buy the notion that Mandela was a terrorist, as some in the West would eventually call him. Funny, isn’t it, how some of our former presidents who either placed or kept Mandela on our terrorist watch list attended his memorial service?

Did they think we would forget that?