New drug could save millions of lives 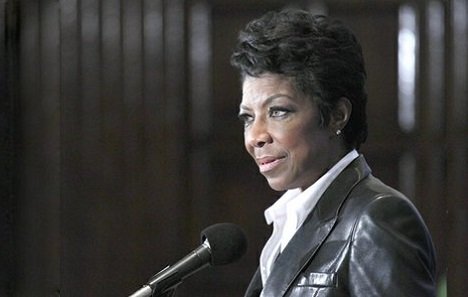 Grammy Award winner Natalie Cole, who was diagnosed with hepatitis C in 2008, is one of thousands of African Americans living with the disease Pablo Martinez Monsivais

NNPA — A new drug is on the horizon that scientists say will save millions of lives. If approved by the United States Food and Drug Administration, it may be here before 2013 comes to a close.

Dr. Parvez Mantry, medical director of the Hepatobiliary Tumor Program at Methodist Dallas Medical, said that an investigational new medicine called sofosbuvir has shown encouraging results in fighting hepatitis C. A disease that was a death sentence to many a generation ago could now be completely wiped out in the majority of today’s patients.

Discovered in 1992, but most likely around for much longer, hepatitis C causes severe liver damage in those who are infected; that number is estimated to be around 3 million people in the United States according to the Centers for Disease Control and Prevention website. It causes more deaths than HIV/AIDS and is the leading cause of liver cancer, as stated in a media release about sofosbuvir.

“When this virus was discovered, there were no directly acting agents that would kill the virus,” Mantry said. Treatments came with many side effects and only had a 40 to 50 percent cure rate. The Dallas/Fort Worth metroplex has a large number of hepatitis C patients.

Mantry also stated that past treatments had been less successful with African Americans as opposed to Caucasian Americans. “… and therefore the burden of untreated disease in this community is much higher.”

The doctor believes there will be a shift in those statistics soon. Gilead Sciences submitted a New Drug Application in April 2013 and was granted priority review. In October an expert panel of the FDA voted unanimously to support the approval of sofosbuvir for chronic hepatitis C. Sofosbuvir was also granted a Breakthrough Therapy designation by the FDA. This will all be considered by the FDA as the agency completes its review of the medication.

“We expect that the new drug for hepatitis C will be in the market within the next month,” Mantry said. “It may even be sooner …”

He deemed the drug to be a medical game-changer.

A “miracle” is what Victoria Martinez of San Antonio called it. Martinez, 57, was a hepatitis C patient who recently went through a research trial of sofosbuvir at The Liver Institute.

“Men, women; they just don’t like to go to the doctor. Especially like me; I was healthy,” she said. “There was nothing wrong with me.”

Despite her sense of wellness, Martinez was silently suffering from hepatitis C. When she was diagnosed with the virus in 2009 it chilled her; several years before the same disease took the life of her mother.