Teacher to student: You can't be Santa -- you're black! 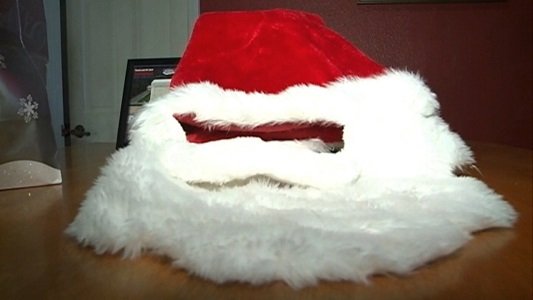 The teacher told Christopher Rougier, a freshman at Cleveland High School, that he couldn't be Santa because Santa is white, the student's father, Michael, told KOAT.

"He was embarrassed," he told the station.

Now, his son doesn't want anything to do with Christmas.

Michael Rougier said the teacher called his wife to apologize, but that's not enough.

"He needs to be fired," Rougier told KOAT. "For him to make a comment like that, there has to be at a minimum prejudice in him, and we don't have room for that."

Kim Vesely, the director of Rio Rancho Public Schools, released a statement to media about the incident.

"This situation involves a teacher recently hired by Cleveland High who made -- and admits he made -- a stupid mistake," the director said. "The remark was inappropriate and should not have been made. The teacher feels very badly about what occurred. He self-reported the incident to the principal and has apologized to the student and to the student's parent. Appropriate disciplinary action has been taken."

The boy's family has asked that he be moved out of the teacher's class, and the school has complied, Vesely said.

The teacher's remark came amid something of a dust-up over Santa's skin color after Fox News Channel picked up on a Slate.com writer's piece questioning the mythical character's ethnicity.

Writer Aisha Harris, who is black, wrote about growing up wondering why Santa was depicted as a white man, and argued for something less definitive: a penguin.

In a widely viewed segment reacting to Harris' piece, Fox anchor Megyn Kelly said on air: "And, by the way, for all of you kids watching at home, Santa just is white, but this person is arguing maybe we should also have a black Santa. But, you know, Santa is what he is. And so, you know, we're just debating this because someone wrote about it, kids."

Harris said Kelly's comments are part of the reason she felt the need to provoke thought about Santa's race.

"To me, (it) just spoke to the reason why I wrote the piece, is that there are a lot of people out there who automatically assume that Santa must be white and there's no way -- it's laughable that he could be anything else," Harris said Sunday on CNN's "Reliable Sources."

"The point I was trying to make was that I think that we have, the world has changed a lot over the last 50, 100 years, and Santa Claus is a fictional character," Harris continued.

"He is nothing like the original historical figure he was based off of anymore," she said. "We've kind of evolved him into this magical mythical figure, and for kids, I think it's important that they don't have to feel necessarily bogged down that Santa is always white, and that's the way he should be."