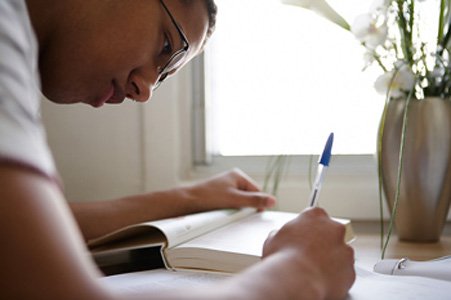 In the aftermath of a recent report that found the lack of student loan servicing standards and information on monies owed, two United States senators will work as a team to create a Student Loan Borrower Bill of Rights.

Sponsored by Illinois Senator Richard Durban and co-sponsored by Senator Elizabeth Warren of Massachusetts, the measure is intended to ensure that all student loan borrowers fully understand the range of repayment options and resources available to them. For service members and veterans, the measure would require loan servicers to provide each borrower with a liaison specifically trained in the benefits available to military borrowers. Thirdly, the bill calls for fair treatment of borrowers by the financial institutions servicing their loans.

“With student loan debt far outpacing the rise in starting salaries, many of these borrowers find they are unable to make their monthly payments,” said Durbin. “When lenders refuse to work with them on a repayment plan, they begin a downward spiral that is difficult to turn around. That debt keeps them from being able to purchase homes, cars or other goods, which fuel our economy. Every borrower should have basic protections when it comes to their student loans.”

The bill proposes six basic rights for borrowers of both federal and private student loans. Those rights are:

*Options such as alternative payment plans to avoid default.

*Information about key terms and conditions of the loan and any repayment options to ensure changing plans will not cost more.

*Knowledge of whom the loan servicer is and how to reach them.

*Consistent practices on how monthly payments are applied, with a specific requirement for lenders and servicers to honor promotions and promises that are were either advertised or offered.

*Fairness, such as grace periods when loans are transferred, or debt cancellation when the borrower dies or becomes disabled.

*Accountability accompanied by timely resolution of any errors and or certification of private loans.

Last October, the Consumer Financial Protection Bureau (CFPB) released a report revealing that a growing number of private student loan borrowers are burdened with debt that has no limits on interest rates and few, if any, options for alternative repayment plans.

CFPB’s analysis of 3,800 student loan complaints received from October 1, 2012 through September 30, 2013 found that 87 percent were directed at one of eight companies. Sallie Mae, a financial services firm specializing in educational loans for more than 40 years, topped the complaint list with nearly half— 49 percent. In other cases, according to CFPB, federal student loan borrowers were unaware of their available repayment options such as income-based repayment.

Both types of borrowers experienced problems with payment misallocation. This specific problem was a challenge to resolving account errors in a timely manner.

In a more recent and related report, the Institute for College Access and Success’ (TICAS) Project on Student Debt found that seven in 10 of 2012 college graduates had student loan debt. Additionally, the Class of 2012 had an average debt of $29,400.

Each year from 2008 to 2012, this report found that the average debt of federal and private loans combined increased six percent each year. These figures were drawn from data voluntarily provided by 1,075 public four-year and four-year private nonprofit institutions.

Although TICAS contacted for-profit colleges, which accounted for seven percent of 2012 bachelor’s recipients, none chose to share their data. The lack of this additional data may have contributed to understating the scope and volume of the nation’s student loan debt, now estimated to be $1.1 trillion.

“Borrowers are already struggling to make ends meet as they graduate with debt that surpasses their annual wages,” noted Sen. Durbin. “These borrowers and their families should not have to face additional costs because they cannot resolve errors quickly or gain access to programs meant to help them. My bill will ensure that all borrowers will have access to these basic rights and protections.”