Christmas music: The good, the bad and the ugly 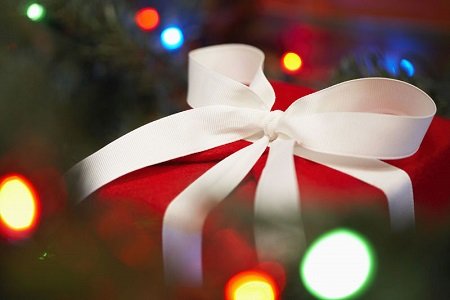 Is the term “Christmas music” an oxymoron?

For those that love the stuff, it most certainly isn’t. For those that detest the genre, the term oxymoron doesn’t even begin to describe how they feel about it.

I fall in the camp with one Duke Ellington, who is said to have proclaimed that there are really only two types of music: good and bad.

There are Christmas songs, I love, others I simply don’t like and those that I downright detest.

The top of my “Very Best Christmas Songs” list includes only three titles:

Some clarification might be in order: the Temptations actually had TWO versions of “Silent Night,” if memory serves me correctly. The first came out sometime in the mid-1960s, when David Ruffin was still with the group.

The second, far superior version came out after Dennis Edwards had replaced Ruffin as a Tempt. (That version of “Silent Night” might be the only song with Edwards singing the lead that was better than Ruffin singing the lead.)

Tempts fans might need to help me out here: I believe that Eddie Kendricks sang the lead through the entirety of the first Temptations “Silent Night” song. In the Edwards version, several Tempts took turns singing the lead.

And let me clarify what I mean by “Tempts fans”: if you know only two Temptations songs and one of them happens to be “My Girl” and the other one isn’t, then you’re not a Tempts fan.

If, on the other hand, you’re familiar not only with every Temptations hit but also know what was on the flip side of the .45 that hit was on, you’re a Tempts fan.

If, 45 YEARS AFTER IT HAPPENED, you’re still devastated that Ruffin left the group (or was fired, depending on which story you believe), then you’re most definitely a Tempts fan.

On my list of Christmas songs that are good— “good” being defined as “kind of cute”— are Gretchen Wilson’s version of “I Want A Hippopotamus For Christmas” and David DeBoy’s “Oh, I Want Crabs For Christmas.”

Making this “good because it’s kind of cute” list doesn’t come easy. I have some very, well, unusual ideas about “cute.”

Now on to the list of what I consider the bad Christmas songs:

Bruce Springsteen’s version of “Santa Claus Is Coming To Town.”

Oh, no he ain’t Bruce. After listening to your version of this holiday classic, Santa’s going to get as far away from town as his sleigh and reindeer will take him.

Adam Sandler’s Chanukah song, or anything else by Adam Sandler for that matter.

That monstrous version of “The Little Drummer Boy” by David Bowie and Bing Crosby set all music back by at least 500 years.

I’ve covered the very best, the good, and the bad. Now I move on to the downright ugly.

Falling into that category is any Elvis Presley Christmas song.

Can we all agree that not all musical artists should do Christmas songs? Some, perhaps many, should. But most need to steer clear, darn it.

Elvis was one of those artists that simply didn’t know his limitations. His forte was rock and roll, and he was barely good at that.

There is one use, and one use only, for an Elvis Presley Christmas song.

That would be torturing suspected terrorists. Trust me, once terrorism suspects hear Elvis’ “Blue Christmas,” they will either start to talk and tell us everything they know or they will beg to be water boarded.