The great debate: Are classroom computers a threat to creativity? 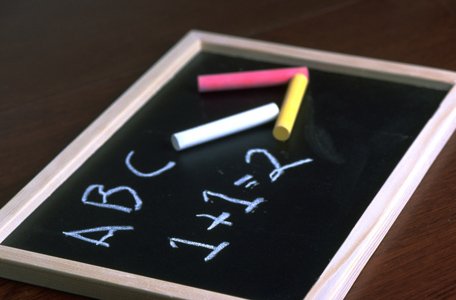 What does a wrench, pencil, fork, ruler and a light bulb have in common? There are all tools, everyday objects used to accomplish a wide variety of tasks with ease and efficiency. To this list I would add the computer. It is also a tool millions of people use each day. The difference is unlike forks, pencils and rulers only the use of computers is at the center of debate in schools across America.

Advocates on both sides of the argument have strong opinions that warrant a closer look.

“The computer is a tool,” said a parent during a meeting to discuss technology’s role in the classroom at the Waldorf School of Baltimore. “In that sense a computer is no different than a car that gets us back and forth to work or a tooth brush that helps ensure good dental health. All tools should be used purposefully and with supervision. Ask yourself, do I need this tool and how should I use this tool.”

In defense of limited use of computers, the father of a child in the lower school said “I wouldn’t want my daughter sitting in front of a computer all day, working on math problems or reading an electronic book. But, I’d have no problem with her using a computer to illustrate a geography or history lesson taught by the teacher. ”

“I am proud to say my son is not allowed to use a computer. In fact he doesn’t have any electronic devices, no cell phone, no video games, nor is he allowed to watch TV. He is voracious reader, well above his grade level. I believe this is because he has not been exposed to computers.”

Before the conversation grew too heated, the meeting’s moderator spoke up, “What is wonderful about our school [Waldorf] is that we offer balance so that we can teach our children how to use technology in appropriate ways. We want to offer our students the right tools at the right time. It's not about restricting our students it's about respecting their development.”

But, what do some of the experts say? An article titled “Do Computers in the Classroom Boost Academic Achievement?” by Kirk A. Johnson. Ph.D. a Heritage Foundation Fellow gives an excellent analysis of the rise and impact of computer use in the classroom:

“Over the past 20 years, computers and the sharing of information that they facilitate have penetrated nearly every aspect of American life, writes Dr. Johnson. “Indeed, reliance on computers grows every day, from shopping at grocery stores and filing taxes to driving an automobile and communicating with relatives and business associates.

This explosion in the technology has increased efforts to equip every classroom with computers and ‘wire’ every school to the Internet. Between September 1984 and September 1997 alone, the number of computers in America's K-12 schools increased eleven fold to more than 8 million units. Educators have been forced to keep up, and some are finding themselves teaching general skills in how to use a computer while they use them to teach other subjects.

Few Americans would question the role that computers could play in education. For the United States to maintain its high-technology status in the global economy, it seems fair to expect computers to be given a more integral role. Some educators claim that ready access to computers and increased use of computers in K-12 education has a beneficial effect on educational outcomes.”

But are classroom computers delivering on this expectation? Does access to a computer or use of a computer in instructing students improve their academic achievement? A woman whose daughter is a Waldorf School graduate and whose grandchild attends the school’s kindergarten answered, “I think not. It doesn't take more screen time to know how to use technology. Creative expression, problem-solving and teamwork skills are more effective ways to prepare for an increasingly technological world."

Jayne Matthews Hopson writes about Education Matters because “only the educated are free.”