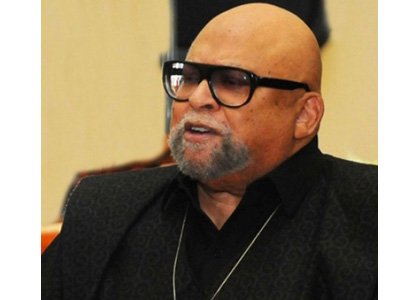 The museum has invited Dr. Maulana Karenga, the holiday’s founder, to join this year’s celebration on Saturday, December 28, 2013 for a special event. The celebration begins at noon and will include the Sankofa Dance Theater, a beat boxer, story telling and commentary by Karenga.

“When I was doing Kwanzaa, I had one question,” said Karenga, 72. “How can I conceive and construct something of enduring value that would serve the interest of our people and the [Civil Rights] movement.”

In 1966, Karenga founded Kwanzaa, a seven-day celebration of family, community and culture all rooted in the traditions of Africa.

“I created Kwanzaa for three reasons,” he said. “To reaffirm our roots in African culture, because we had been lifted out of that by the holocaust of enslavement.”

Celebrated from December 26 to January 1, the origins of Kwanzaa are in the first harvest celebrations of Africa from which it takes its name. The name Kwanzaa is derived from the phrase "matunda ya kwanza" which means "first fruits" in Swahili, a Pan-African language which is the most widely spoken African language.

The first-fruits celebrations are recorded in African history as far back as ancient Egypt and Nubia and appear in ancient and modern times in other classical African civilizations such as Ashantiland and Yorubaland, according to the official Kwanzaa website.

“It’s a time of ingathering of the people to reaffirm the bonds between them and it’s a time of special reverence for the creator and creation in thanks and respect for the blessings, bountifulness and beauty of creation,” Karenga said.

During the celebration, the museum will also hold an interactive children’s workshop on the principles of Kwanzaa, led by the Culture Kingdom Kids; an African marketplace of crafts, clothing and other items; as well as a Griot storytelling segment by Kibibi Aianku.