Why All Black People Should Visit Africa 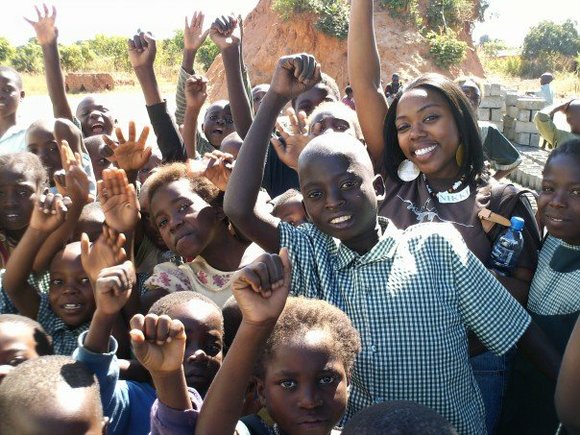 I was 23 years old when I took my first trip to Africa, and if you ask me my trip occurred a little too late. It should have happened as soon as I developed comprehension and understanding. It should have happened before the “African booty scratcher” jokes became funny to me, and before Africa became the dark continent in my mind. However, thank goodness it happened. After visiting the beautiful country of Zambia on two different occasions, I’m convinced that every Black person should visit Africa at least once. It will change your entire life. It most definitely changed mine.

I heard about a mission trip that was heading to Zambia. I signed up to be interviewed for the trip, but completely chickened out. Why? I was scared. What was I doing actually considering going to Africa? On one hand I really wanted to go, however on the other hand I was completely terrified. There were civil wars happening in Africa. Women were getting raped in Africa. Lions were freely walking around in Africa. I’m disgusted at how much the media had influenced my thoughts about Africa. On top of it all, I’m from the South side of Chicago, which has the number 1 murder rate, period. If something detrimental was going to happen to me, it was more than likely to occur in Chicago, not in Africa. Nevertheless, leaders of the trip pursued me, and encouraged me to partake in an experience that would give me a new perspective on life. I agreed. 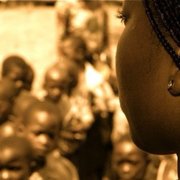 The location was N’Dola, Zambia. We had a layover at the Johannesburg Airport in South Africa. The first thing I did when stepping off the plane, was touch the ground. This was extremely important to me. I was officially in the Motherland. The place where it all began for my people. The small layover in South Africa taught us an unexpected lesson. All of the workers were Black! How was this possible? It dawned on us: we were no longer the minority. No. In Africa there were Black doctors, Black entrepreneurs, etc. Black people working together was the norm. At that moment I let go of any fear I had, and my preconceived ideas of Africa. I didn’t know what Africa had in store for me, but I was completely open for whatever.

I heard children speak about how AIDS ruined their family, but still saw bright smiles on their faces. I saw families walk 9 miles just to attend a Sunday worship service. I stayed with a family who opened up their home to us, giving what they had. I learned that the houses in Africa look just like the ones in America. Go figure. I purposedly used the bathroom in the ground, when the opportunity was presented. Hey, I was on a mission to experience it ALL. I ate N’shima. I spoke in Bemba. I attended a wedding. Unfortunately, I attended a funeral. A Zambian funeral of a little boy who passed away from a disease that is curable here in the States. I saw Africans weep. I wept and felt their pain. I was 23 years old learning lessons in Africa, that I NEVER learned in America.

Africa gives you a sense of pride. Although I struggled internally with where I stood as a descendant of Africa, the people of Zambia were very accepting. After witnessing the strength of the men on the farms, the women carrying babies on their backs while carrying water on their heads, and the pure joy of orphans, it’s safe to say we come from a legacy of powerful people with unbreakable spirits. Media fails to show you the beautiful waterfalls, monstrous mountains, and green pastures. You haven’t lived until you’ve heard the angelic voices of an African community singing together on one accord. And last but not least, you have yet to discover another side of you, until you’ve spent time in the home of your ancestors. Africa is calling. What are you waiting for?