Indie Soul review of the week 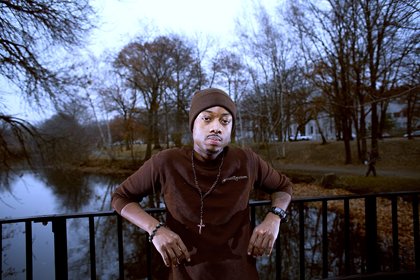 Welcome back to another week of Indie Soul! This week we highlight men in Brazil, an up and coming hip-hop, and the new Samsung phone. Let’s begin!

Indie Movie: A just released rather intriguing DVD deals with the dynartistamics of black American men in Brazil. The documentary entitled, “Frustrated Black American Men in Brazil” is directed by Al Greeze. After reading an article in Essence magazine (2006 Issue), which stated that black men were abandoning black women for subservient women in Brazil, Greeze explores this topic by speaking with American men who travel to or who live in Brazil about why they do it, asking about their experiences, trying to address the myths stated in the article. Not only is this a film about Brazil, it offers some real discussion about the problems between black women and black men in America. It offers perspectives from American men and women, as well as Brazilian women. For more information and to view the film online, visit: www.greezefilms.com.

Indie Artist: Twenty-five-year-old artist Mike Lee, born and raised in Baltimore, has chosen to embrace the responsibility of really uplifting people. He possesses lyrical flow, the likes of Big L, Nas and many others from the home of Hip-Hop: New York City. After I heard him speak, I realized that this young man is intelligent and wise beyond his years. Mike Lee is not talking poppin’ bottles, degrading women, or on a material trip, instead, he is a deep caring soul. He cares about the culture of Hip-Hop; he cares about the community; and he cares about speaking the truth. His debut CD, is scheduled to be released in August, and I believe he will be the NEXT to blow up in the hip-hop world. For more information, visit: www.aesthetikreations.com. Mike Lee is the essence of what’s missing in hip-hop— being true to self!

Indie Technology: In a time when people should be trying to save money, it always amazes me to hear that people are still spending tons of money on cell phones with the bells and whistles.

Many companies offer the same service for less. The biggest complaint about some of companies offering lower prices is that they don’t carry stylish phones. Well, that is about to change with the release of the Samsung Galaxy S4! This phone is incredible. The Galaxy S4 is the first Smartphone that allows consumers to control the device without touching it, including: scrolling or turning a page and viewing documents within a file folder or a link on a web page. It enhances memorable moments with innovative camera features and is able to capture progressive action and easily remove unwanted objects from the photo. The Galaxy S4 also enhances the TV watching experience with the new Samsung “WatchOn” service that simplifies searching and recommends TV, movies and sports according to personal tastes. With WatchOn and the built in IR blaster, the Galaxy S4 also functions as a remote control for home theater equipment. The NEXT BIG THING, is available at most wireless stores.