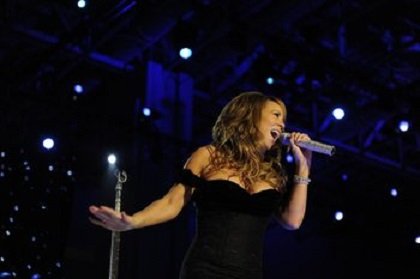 Singer Mariah Carey performs at the Neighborhood Ball in downtown Washington on Jan. 20, 2009. The ball was held in honor of Pres. Barack Obama's inauguration as the 44th President of the United States. Tech. Sgt. Suzanne M. Day

CNN — Mariah Carey is "fine" a day after an accident during a video shoot in New York on Sunday night, her representative said Monday.

"Mariah injured herself while filming a video with Jeezy for the remix of #Beautiful, directed by her husband Nick Cannon," said rep Cindi Berger.

"She was taken to hospital late last night, where doctors reset her shoulder. She is fine."

The release of her new album, which was set for July, has been delayed "in order to have more time on it," according to her website.