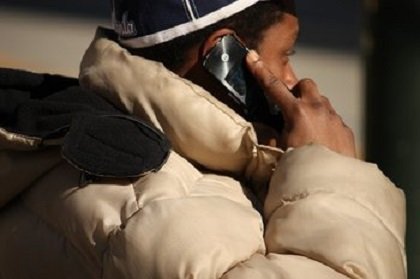 NEW YORK (CNNMoney) — Your wireless carrier isn't the only one pocketing money when you pay your cell phone bill.

Local, state and federal governments, 911 systems and even school districts tack on taxes and surcharges to your wireless bill that end up costing American cell phone customers an extra 17.2%, on average, according to the Tax Foundation. That's up from 16.3% fifteen months ago.

For consumers accustomed to single-digit sales taxes, these double-digit fees can appear unusually burdensome. But unlike sales, income or property taxes, wireless taxes remain largely hidden -- tacked on to the end of your monthly wireless bill and often ignored.

They shouldn't be. A $60 cell phone bill actually costs the average customer $70.32.

"The problem with taxes on wireless is so many different jurisdictions impose taxes and fees," said Scott Drenkard, an economist with the Tax Foundation.

A wireless customer who lives in New York, for instance, could have up to 12 different taxes and surcharges show up on his or her wireless bill.

High wireless taxes date back to the "Ma Bell" days of AT&T, when few Americans had cell phones and various governments saw wireless surcharges as a way to support expensive services, such as rural telephone infrastructure build-outs. Every American today pays 5.82% of their cell phone bill to the federal Universal Service Fund, which originally paid for those rural phone services.

Some opponents to the current wireless tax structure argue that states, cities and other districts see cell phone bills as an undercover way to dodge the political fallout of raising other taxes.

"Wireless taxes have long been a fairly frictionless way for states and cities to get revenue," said Jot Carpenter, vice president of government affairs at telecom industry association CTIA. "It used to be a tax on the wealthy, but now that most people have cell phones, it's hard to say it's just targeting the rich now."

Even living in a state with no sales tax doesn't save you from having to pay high taxes on your cell phone bill. Sales-tax-free Alaska has a higher-than-average 17.9% tax rate on wireless services, thanks in large part to its hefty 6%, state-imposed Universal Service Fund tax to support rural telephone services.

People in a high-tax state bordering a state with low fees can't escape by buying a phone across the border. The Mobile Telecommunications Sourcing Act of 2002 demands that taxes be levied at the address that the cell phone company determines to be a customer's "place of primary use." So if you live in Washington -- the state with the nation's second-highest wireless tax rate -- it doesn't necessarily pay to buy your next phone in Oregon, which has the lowest rate in the country.

Relief probably isn't coming any time soon, but wireless taxes may soon stop spiking. Two versions of a "Wireless Tax Fairness Act" that are floating around Congress have garnered bipartisan support. Though the act wouldn't lower taxes, it would place a moratorium on raising them.

"What needs to happen is an overhaul of this poorly thought-out tax policy," Carpenter said. "But before you can fix it, you have to stop digging the hole."