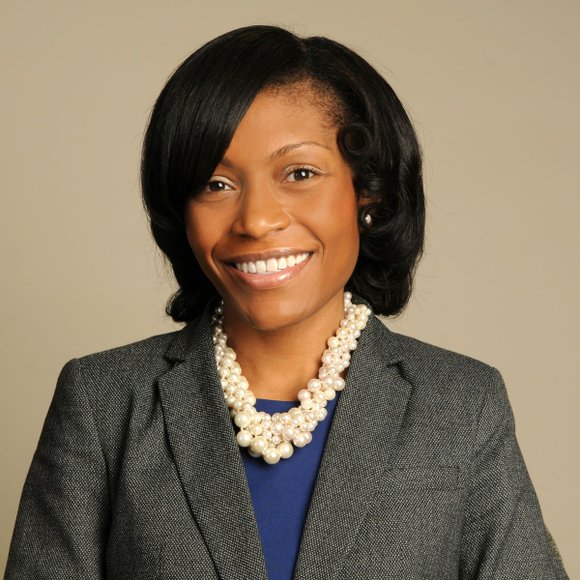 Ballard Spahr Baltimore attorney Sharifa A. Anderson has been selected to the Lawyers of Color Inaugural Hot List for the Mid-Atlantic Region.

BALTIMORE — Ballard Spahr Baltimore attorney Sharifa A. Anderson has been selected to the Lawyers of Color Inaugural Hot List for the Mid-Atlantic Region. The list recognizes 100 promising early-to-mid-career attorneys under the age of 40 who are excelling in the legal profession. The honorees will be profiled in July's Hot List Special Issue.

The honorees were selected by a committee comprised of editorial staff and advisers and law school fellows and interns. The committee reviewed nominations from mentors, peers, and colleagues, and researched bar publications and legal blogs to identify candidates. It also considered attorneys who had noteworthy accomplishments or who were active in legal pipeline initiatives.

“Lawyers of Color,” is a minority legal organization that works to promote exceptional minority lawyers through various media platforms. Founded as “On Being A Black Lawyer” in 2011, the organization has grown to include and produce publications for lawyers of South Asian, Pacific Asian, Hispanic, Native American and African heritages, among others.

“I’m honored to be named to the Lawyers of Color Hot List,” Ms. Anderson said. “The talent and commitment of my fellow honorees is inspirational, and I am honored to be recognized along with them.”

Anderson is an associate in Ballard Spahr’s Public Finance Department and a member of the Housing Group. Prior to joining Ballard Spahr, she served as a legal honors attorney at the U.S. Department of Housing and Urban Development. Anderson has broad experience in the areas of affordable housing and community development. Before entering law school, she held several positions at Fannie Mae, where she was responsible for research, analysis, and evaluation that helped inform affordable housing and community development policy and strategy. She also served as a Mayoral Fellow for the City of Baltimore in the Department of Housing and Community Development, where she assisted in designing and implementing an urban redevelopment plan to acquire and clear title to 5,000 vacant properties. Anderson is admitted to practice in Maryland and Pennsylvania.