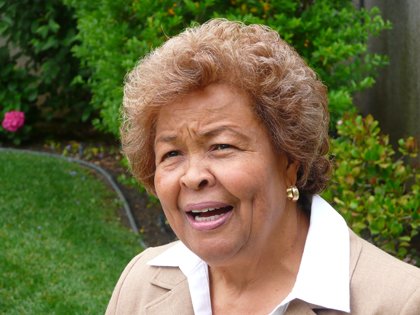 Dr. Dorris S. Woods, a clinical nurse and college professor went to the doctor for a routine physical examination, and was shocked at the news she was told. “I was told I was pre-diabetic for Type 2 Diabetes,” she recalled. “I couldn’t believe it. I should have known my blood sugar was climbing, but had not paid attention to it. However, after I found out, I started working on it. My doctor told me all I had to do was to lose some weight and exercise.”

She added, "Some doctors are treatment-oriented, as opposed to being prevention-oriented, which is needed. They need to be telling their patients what they need to do to prevent diseases. In my case, my doctor told me what I needed to do, and I did it. As a result, I have been able to prevent developing Type 2 Diabetes.”

The Centers for Disease Control and Prevention (CDC) estimates that as many as 79 million adults in the United States are pre-diabetic, a condition that increases the risk of developing Type 2 Diabetes.

In addition, the CDC estimates that another 26 million adults in America already have Diabetes. Native Americans, Asian-American, African-Americans and Mexican-Americans are at higher risk for developing the condition due to genetics. Adults over 45 years of age are also at risk.

“Pandemic levels of obesity have triggered epidemic levels of diabetes,” said Dr. Woods. “Many serious conditions such as heart attacks, strokes, kidney failure, and amputations are related to diabetes. Millions of people are not aware they have diabetes, or are pre-diabetic.”

Dr. Woods said she was able to prevent the development of Type 2 Diabetes through portion control, weight loss, diet, and exercise. In an effort to help others, she decided to write a book entitled, “How to Prevent Diabetes - I Beat It and You Can, Too!”

Throughout the 153-page book, Dr. Woods also provides a simple but effective plan of action that readers can follow to reduce their own chances of becoming diabetic, or bringing their diabetes under control.

“I thought a lot of people could use the information in book form,” she said. “I thought it would be good for people to have something in their hands as opposed to just listening to a doctor. They can see what I did, and know that I am walking in their shoes. The book is factual, but simply written. I also wrote the book because of my credentials.”

The Mississippi native holds a master’s degree in Counseling from California State University, Los Angeles, as well as a Ph.D. in Higher Education

Administration from Claremont Graduate University. She ranks among the top five percent of people educated in America holding six college degrees, and is a diabetes educator.