The ABC reality-based television series, “Shark Tank,” gives aspiring entrepreneurs the opportunity to present their business or product to a panel of wealthy investors. The Emmy Award nominated series features investors such as billionaire Mark Cuban, owner of the Dallas Mavericks, and serial inventor Lori Greiner. Shark Tank consideration is highly competitive, as an estimated 35,000 show hopefuls apply online each week, while others participate in national casting calls to pitch their ideas for consideration to be on the show. 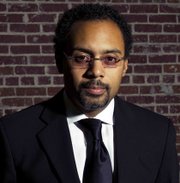 However, thanks to an exciting opportunity, minority entrepreneurs will be given special priority consideration as Shark Tank’s casting directors will be holding an open casting call on Friday, August 23, 2013 during the Kingonomics Innovation, Entrepreneurship & Investment Conference in Washington, D.C. All Kingonomics conference registrants will receive priority consideration for a chance to be a part of this casting call.

together experts in innovation, entrepreneurialism, crowd-funding and in investment from all over the world to train minority business owners, start-ups, investors, youth entrepreneurs and veterans on how to access capital, invest, and obtain personal and business wealth.

The event takes place in Washington D.C. during the 50th Anniversary of The SCLC’s, Dr. King’s, and The Big Six’s Historic March on Washington activities.

Dr. Sampson has joined Shark Tank as Head of Diversity and Inclusion, making him the first person to be appointed to this role. As part of his new role, his first initiative will be to identify and attract more minority and women-owned businesses to appear on ABC’s Shark Tank.

“I was honored to be chosen for this position by Shark Tank executive producers, and it fits in perfectly with my definitive purpose and mission to educate and elevate promising minority and women entrepreneurs,” said Dr. Sampson. “The Kingonomics conference during the 50th Anniversary celebration will focus on emancipating capital and liberating the resources needed for accessing investment and job opportunities for minorities and all Americans.”

According to Dr. Sampson, the conference addresses the Poor People's Campaign, the last rallying call towards fulfilling Dr. Martin Luther King, Jr.’s dream prior to his death.

“Everyone is excited about the opportunity to be on Shark Tank, and to register to go to one of the Boot Camps to find out what it actually takes,” said Dr. Sampson. “The worst thing is to get through the door and not be prepared. Most companies just do not know, but the numbers are disproportionate in the black community. The types of capital you pursue are important.”

He added, “Banks don’t fund start-ups. Many businesses fail because they do not have the capital. Entrepreneurs should raise some start-up capital from their family and friends. There is also donation-based funding, and crowd funding. We have a boot camp dedicated to just crowd funding. I am leveraging the Shark Tank opportunity to get people to understand what it will take to economically change their communities.”