What George Zimmerman should do now 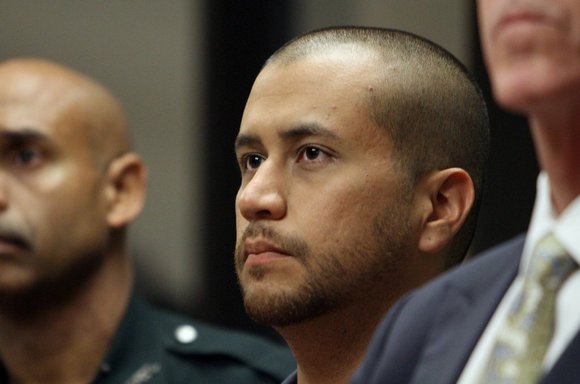 There have been calls from President Obama and others for us to “move forward” or “move on” after the verdict in the George Zimmerman trial.

That will be difficult. Making it even more difficult, if not downright impossible, would be one George Zimmerman, and all those in his camp.

Zimmerman was recently acquitted of all charges in the fatal shooting of 17-year-old Trayvon Martin on February 26, 2012. The incident happened in a Sanford, Florida gated community.

What Zimmerman did that night has been recounted numerous times, including throughout the trial. And it would go a long way toward helping the rest of us to “move forward” or “move on” if there were some mea culpas coming from Zimmerman and the horde of fawning, adoring Zimmerman-philes that have flocked to his cause for the past year.

Just before his fatal encounter with Martin, Zimmerman made several calls to the police. Those calls are now a matter of public record.

In those calls Zimmerman described Martin as a person who was acting suspiciously and “up to no good.” But not one action Martin took, as described by Zimmerman on police recordings, can be described as even remotely illegal.

Looking like you’re “up to no good” isn’t a crime, except perhaps in the mind of Zimmerman and the dispatchers at the Sanford Police Department, who should have had the sense to tell Zimmerman to hang up and call them back when he saw Martin commit an actual crime.

Nor is there any evidence that suggests Sanford police had a call about a crime in which Martin— or someone meeting his description— was a suspect. So what did we have the night of February 26, 2012, in that Sanford, Florida gated community?

A 17-year-old boy named Trayvon Martin who had committed no crime. Nor was he a suspect in a crime. He was on his way back to his residence after stopping at a 7-Eleven to buy an Arizona iced tea and a bag of Skittles.

Now, for the benefit of Zimmerman and all those who adore him— and what he did the night of February 26, 2012— a brief civics lesson is in order.

What is a 17-year-old on his way home after buying an Arizona iced tea and a bag of Skittles doing?

We call that “constitutionally protected conduct.”

And what should the rest of us do when we see a 17-year-old— or anyone else, for that matter— engaging in constitutionally protected conduct?

Mind our own darned business, and leave theirs alone.

That’s why Zimmerman was wrong on the night of February 26, 2012. If he didn’t see Trayvon Martin commit a crime, or have reason to believe the youth fit the description of someone

that had committed a crime reported to police, then Zimmerman should have minded his own darned business and not called anyone.

However, Zimmerman still insists he was right to shoot Trayvon Martin, “in self-defense.” Nor has he admitted that every assumption he made about Martin the night of February 26, 2012 was

He has yet to admit he was wrong for uttering the phrase “bleeping punks,” which was picked up on a police recording. He doesn’t think his assertion that Trayvon Martin was “one of these bleep holes that always gets away” was either inaccurate or inappropriate.

So, according to Zimmerman, his family and his lawyers, he did absolutely nothing wrong the night of February 26, 2012. Apparently, in “Zimmermanworld,” it’s OK to call the police to report someone who HAS NOT committed a crime.

That’s OK if you happen to live in the wacky, alternate universe that Zimmerman either regularly frequents or inhabits. If he is still wondering why there are those clamoring for the feds to charge him with civil rights violations in Martin’s death, if Zimmerman is looking to point the finger at anyone for his continued legal woes, he need only look in the mirror.