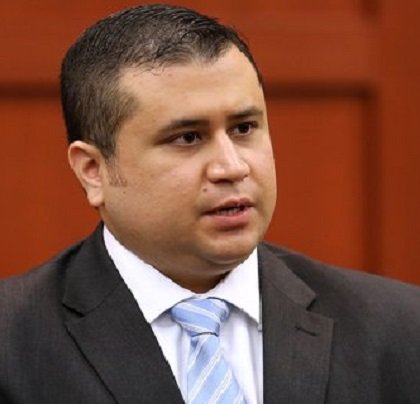 “I am an invisible man. No, I am not a spook like those who haunted Edgar Allen Poe, nor am I one of your Hollywood-movie ectoplasms. I am a man of substance, of flesh and bone, fiber and liquids— and I might even be said to possess a mind. I am invisible; understand, simply because people refuse to see me.”

These first lines from “Invisible Man,” Ralph Ellison’s critically acclaimed, award-winning novel were published in 1952. Given the George Zimmerman verdict Ellison’s words continue to resonate to millions of African American men— even after America has twice elected a black president and government sanctioned racial discrimination was outlawed decades ago.

Zimmerman admits to getting out of his car, tracking down and firing the gun that killed Trayvon Martin. Nevertheless, given the not guilty verdict in his second-degree murder trial, 17-year-old Trayvon Martin was invisible to six female Florida jurors. Sadly, the refusal to see the humanity of young black men is neither unique nor unusual. Each year hundreds of young, African American men are murdered, most often by other black males.

In reality African American males are selectively invisible. For example, black boys rank near the bottom of nearly measure of academic success. Young black men are not “seen” in large numbers on college campuses working towards a four-year degree or preparing for grad school.

Conversely, have you ever noticed how black male faces and bodies are quite visible in every movie scene that takes place in prison, and in reality the disproportionate imprisonment of black men is the primary funding stream for the billion dollar criminal justice system.

As the mother of a young African American man it’s disturbing to know only through the grace of God that it was not my son lying dead at the hands of a George Zimmerman, a trigger happy police man or another black male.

No black man in America is immune to this danger, no matter how educated or highly placed in society.

Eric Holder, the nation’s first African American attorney general speaking to a group of delegates at the annual NAACP convention recalled an incident that happened to him when he was young federal prosecutor. “I was stopped by law enforcement in Georgetown while simply running to catch a movie after dark.”

Holder’s advice that we “must confront the underlying attitudes, mistaken beliefs and unfortunate stereotypes that serve too often as the basis for police action and private judgments” is well taken. However, this is such a large, complex crisis so deeply rooted in the American psyche, it’s difficult to know where to begin to tackle problem.

As this is an education column, may I suggest that we pull ourselves away from the news coverage of the Zimmerman verdict and invest time in reading “Invisible Man” by Ralph Ellison.

I am great fan of Al Sharpton and Chris Matthews and all the others who have passionately spoken out for the justice denied Trayvon Martin and his family.

Howver, the cold hard fact is that finding Zimmerman guilty would not bring Trayvon back to the arms of his mother and father. The emptiness we feel at the unnecessary death of a child would still be with us.

My recommendation to read “Invisible Man” is extended to whites, blacks,

Hispanics, women, senior citizens and people with disabilities. It is a must read for anyone who has felt at some point that the world doesn’t see them, and is oblivious to their needs, wants, and aspirations.

This excerpt from the 1952 New York Times review of Ellison’s masterpiece not only gives a critique of his novel, it provides a compelling view of mid-20th century American values. Orville Prescott writes:

Ralph Ellison's first novel, "The Invisible Man," is the most impressive work of fiction by an American Negro, which I have ever read. Unlike Richard Wright and Willard Motley, who achieve their best effects by overpowering their readers with documentary detail, Mr. Ellison is a finished novelist who uses words with great skill, who writes with poetic intensity and immense narrative drive. "Invisible Man" has many flaws. It is a sensational and feverishly emotional book. It will shock and sicken some of its readers. But, whatever the final verdict on "Invisible Man" may be, it does mark the appearance of a richly talented writer.

Ellison who died in 1994 never wrote another published novel. His book is not easy summer reading. Though, it might provide solace and better inform the call action to pay better attention to all whose humanity we cannot or refuse to see.

Jayne Matthews Hopson writes weekly about education because “only the educated are free.”