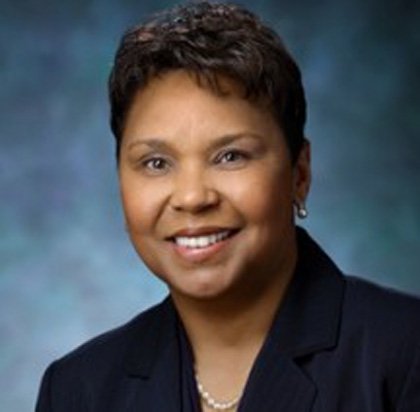 The Board of Education of Anne Arundel County has appointed Mamie Perkins, a 40-year educator who served as acting superintendent of Howard County Public Schools in 2011-2012, to serve as interim superintendent of Maryland’s fifth largest school system for the coming school year. Perkins was appointed by an 8-0 vote, with Board Member Stacy Korbelak absent.

“Mamie Perkins is a passionate advocate for children who has diverse experiences over a long career that will serve our school system very well in the coming year,” Board President Teresa Milio Birge said. “Our Board is confident that she will work with the dedicated team we have in place to continue the upward trajectory our school system has been on over the last seven years.”

“As the Board navigated this process, it was very clear to us that there are people within our school system who may well be a good fit for both this position and the permanent position, and we certainly considered those candidates,” Birge said. “However, we had serious discussions about not leaping to select someone currently in our school system at this point who may be a candidate a year from now and, in the process, disadvantaging other potential candidates. After evaluating all of the factors, the Board felt it was in the best interests of all of those people and of our school system to select an external candidate to serve for the coming year.”

She moved to Howard County in 1986, where she worked as a teacher for gifted and talented programs, coordinator of elementary and health education, and supervisor of health education. She oversaw the system’s Human Resources department from 1999 to 2005, and was chief of staff from 2005 to 2011, when she became deputy superintendent. She was acting superintendent of the school system from June 2011 to July 2012, and retired in August 2012.

“I have watched with great admiration the work that this Board of Education and Dr. Maxwell have done in recent years, and I am ecstatic to be a part of helping to continue the great things that are in place here over the next year,” Perkins said. “I am especially excited about the opportunity to get back to working with teachers and staff, and to get into schools to see the good things that are happening for children every day.”

Said County Executive Laura Neuman: “I have enjoyed a collaborative and productive relationship with the school system since becoming County Executive and I very much look forward working with Ms. Perkins over the coming year. Our school system is a vital part of what makes our county great, and working together we can create even more opportunities for our children.”

Perkins has also been an adjunct professor at Johns Hopkins University’s School of Education since 2004. In April, she was appointed by Governor Martin O’Malley to a six-year term on Howard Community College’s Board of Trustees, a position she intends to keep through the coming year.