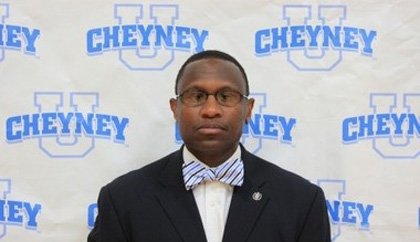 Over the past few weeks, we have heard some really great news concerning Historically Black Colleges and Universities:

Cheyney University of Pennsylvania: This weekend at the University of Maryland’s Coaches Camp. There were some big name coaches in attendance. I had the pleasure of meeting the NEW Head Women’s Basketball Coach, Kyle Adams. Congratulations to Kyle! He is very excited about the upcoming season, as well as the basketball camp that will be held August 5 – 8, 2013.

I will be heading up to Pennsylvania to learn more about the program and to check out the camp. By the way ladies, we have been told that they are looking for assistant coaches. So if you are passionate about basketball and are interested in getting into coaching, this is your chance! Contact the Department of Athletics or Kyle Adams at kadams@cheyney.edu.

Paine College: After decades without a football program (Paine College shut down the program in 1962), Paine College resurrected the program and in March of this year, hired Greg Ruffin. Ruffin has the task of putting Paine College back on the football map! Officially, games that matter will not be played until next football season (2014), but a few exhibition games will be played in October and November. This will give young men another location to look into. Congratulation goes out to Paine College and Coach Ruffin.

In other news, the Mid-Eastern Athletic Conference (MEAC) 2013 television football schedule includes one of Morgan State University road games. The nationally televised games are part of the MEAC's ongoing partnership with ESPN. Morgan’s contest against South Carolina State, originally slated for Saturday, November 16, 2013 has been moved to Thursday, November 14 as part of the ESPNU Thursday night lineup. The live broadcast will begin at 7:30 p.m. The 2013 MEAC football television schedule includes eight contests. Besides the designated ESPN televisions networks, all games will also be available on computers, smart phones, tablets, Xbox and Apple TV via WatchESPN.

That’s a look at HBCU sports for this week. Please send any questions or comments or HBCU Sports and news to: pdemps@btimes.com. Follow Phinesse Demps on Twitter: @lfpmedia; Baltimore Times: @baltimore_times.