For Orioles’ Machado, humble is a learned process 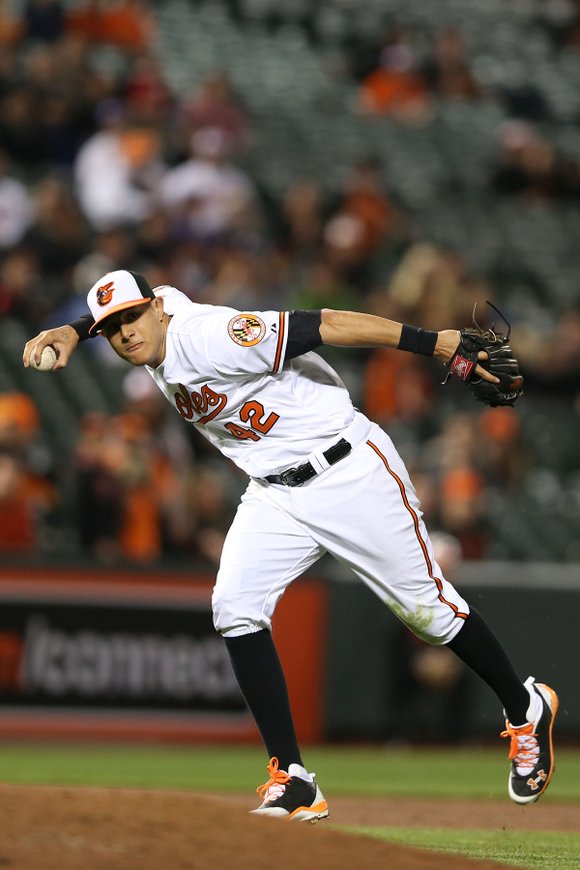 TORONTO — It’s in an elite young athlete’s nature to be chesty, but ultimately he will be shaped by his surroundings.

Manny Machado is the 20-year-old third baseman for the Baltimore Orioles who, in less than a full season in the Major Leagues, has emerged as one of baseball’s young superstars and is quickly becoming a face of the Orioles’ franchise.

Batting .335 with five home runs and 28 RBI through 51 games this year, Machado is tied for first in the Major Leagues in hits at this writing and is playing Gold Glove caliber defense at third base— a position he had not played before being called up last August.

More impressive than his accomplishments on the field is the humble attitude he brings to the ballpark every day. He attributes the foundation of his strong moral character to his mother, who raised him alone, and to Orioles manager Buck Showalter who continues to influence the maturation process of Machado today. 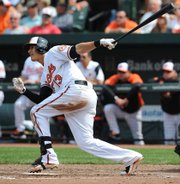 “[Showalter] keeps me humble and grounded,” said Machado, sitting in the dugout at the Rogers Centre in Toronto. “He has taught me the things you need to learn in this game that people don’t see with the naked eye. He preaches about playing every game with an attention to detail.”

“My game has improved a lot, having him on my side.”

Machado recently played his 100th big league game in a three-day weekend series in Toronto, and under the tutelage of Showalter has made the transition from Double-A Bowie to the Major Leagues as smoothly as he can field and fire a 5-3 putout.

Much of his success can be attributed to maturity well beyond his years and his willingness to understand the big picture in Baltimore where he has dedicated himself to what the Orioles are building for the long-term.

“The main goal here is to win games, have fun every day and play for what is across your chest, which is Baltimore,” Machado said. “It’s not about what you do individually.”

Despite his successes, Machado carries a lower profile compared to other young baseball stars such as Washington Nationals centerfielder Bryce Harper, and Los Angeles Angels leftfielder Mike Trout, who, although maybe more polarizing off the field, do not necessarily have superior numbers on it.

The third baseman does notice the absence of media attention compared to his counterparts, but says he didn’t start playing baseball to become a celebrity; rather it was to become a winner and a great teammate.

“My focus is helping this team win, and that’s the same whether you are in the spotlight or not,” said Machado. “It’s about making the playoffs. That’s the main goal.

“I don’t think about all the media hype and comparison, because at the end of the day, it’s about who’s left standing— with their team.”

In conversation with Machado, the Showalter effect is quite apparent in his demeanor and outlook on the game of baseball. Showalter turned 57 this past Thursday and when asked if the team did anything special for their manager, Machado quickly dismissed any celebration.

“Buck is a low-key guy. He doesn’t like the attention. He keeps to himself. That’s Buck.”

The apple doesn’t fall far from the tree!

Justin Cuthbert is a Toronto-based sports’ journalist who recently covered the 2013 MLB Spring Training for The Toronto Observer and had his works featured by Sportsnet.ca.