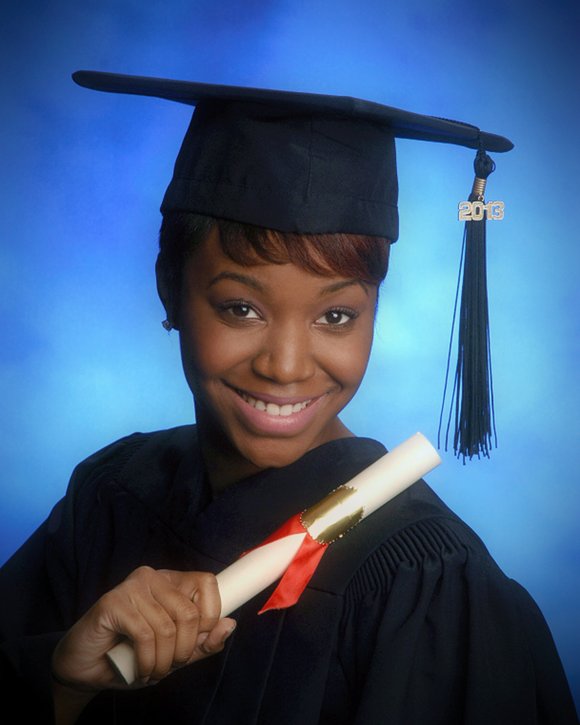 BALTIMORE — As Baltimore City Community College (BCCC) celebrated its 64th commencement Saturday, June 1, 2013 attesting to the spirit and determination of graduates who completed 60 hours of college credit and their associate's degree, one standout was noted for the way she accomplished the same feat while still in high school. 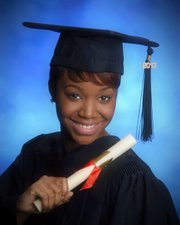 Taylor Williams, age 17, a senior at Baltimore Polytechnic Institute, approached the stage for her associate's degree at the Patricia and Arthur Modell Performing Arts Center at the Lyric. She was one of the first at her school to earn a two-year college degree in the same time it takes to get a diploma. In fact, her high school graduation ceremony takes place the very next day.

Taylor began her journey nearly four years ago when she transferred from her first high school, Grace Brethren Christian School, to Poly. Because she needed a biology class, her parents helped her enroll at BCCC. Her father accompanied her to class since she was only 14. Over the course of her studies, she learned about BCCC's Early Enrollment Program, which enables students to rack up college credits while they are still in high school, as long they earn a grade of "C" or better.

“I never thought this would be such a big deal," she says. "But the Early Enrollment Program became an outlet for my motivation. I'm a bit stubborn; all I wanted was to be competitive so I kept on taking classes and building up my college credit. You have to set yourself apart.”

Taylor credits the community college environment at BCCC— smaller class size, individualized attention and convenience to her high school schedule— as indispensable to her success.

Taylor will attend the University of Maryland-College Park this fall where she is thinking of pursuing a double major in engineering and pre-medicine. She was also accepted to Howard University in Washington, D.C., North Carolina A&T State University and Mount St. Mary's University in Emmitsburg.

Her father is a network engineer and her mother, a software engineer. Both stay actively involved in her academic life. Taylor's sister, Kayla, is in 10th grade. Despite her young age she is working at an internship in Northrup Grumman's High School Involvement Partnership (HIP) Program, which focuses on young people's pursuit of technical degrees through hands-on experiences and training.

In addition to her academic pursuits Taylor has maintained an ambitious schedule of extracurricular activities. She received a personal letter from President Barack Obama recognizing her simultaneous achievement of an associate's degree and high school diploma. She was awarded a Governor's Citation from Gov. Martin O'Malley and similar acclamations from Maryland State Sen. Bill Ferguson and Baltimore City Council President Jack Young. As an Air Force Junior Reserve Officer Training Corps (JROTC) speaker, Taylor addressed Baltimore area middle school audiences on the importance of education. She participated in NASA's Science, Technology, Engineering and Research Program and was a member of Poly's indoor and outdoor track teams. In 2010, she was First Runner Up in the Miss Maryland Teen USA Pageant.

BCCC's 64th commencement featured Maryland Lt. Gov. Anthony Brown as keynote speaker, who coincidentally was also the speaker at Taylor's Poly graduation ceremony the next day. This year the college will graduate over 500 of its students. For more information about programs offered at BCCC, contact the BCCC Institutional Advancement Office.