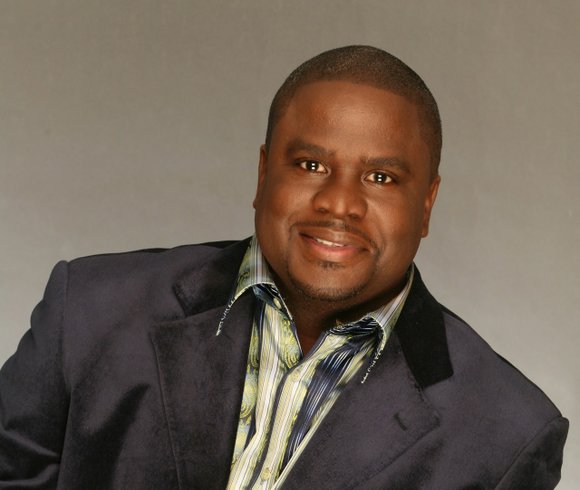 Gospel music’s Troy Sneed’s latest hit single, “My Heart Says Yes,” reached #2 on Billboard’s Hot Gospel Songs Chart. His newest album by the same name has been out for a while but is still carrying momentum from its success.

“I’ve always received great radio,” Troy Sneed, a multi-Stellar nominee, pointed out. “I think it’s the favor of God. God has put me in a place as an independent artist.”

“My Heart Says Yes” was released on his own label, Emtro Gospel Records.

“I grew up listening to Gospel as well as other music,” he explained when asked about his style and support from radio. “Some sing complex so people can’t relate. I sing simple and clear with a clear message about what people go through today.”

Sneed appeared in the choir in the film The Preacher’s Wife and as part of the Georgia Mass Choir for films soundtrack for Whitney Houston’s song. His independent label has produced many hits that reached the Billboard Gospel Charts such as “Work It Out,” “The Struggle Is Over” (which reached #1 for 12 weeks) and “Hallelujah.”

“We’re hitting secondary markets,” Sneed explained about his strategy that has helped him with radio support. “Some artists won’t go because it’s not a major city, but we go to the secondary markets.”

Sneed explained that singing Gospel wasn’t actually what he dreamed of doing.

“I wanted to play football in the NFL,” he said. “I had a knee injury and [too many] surgeries. God sat me down and said I had a gift in music. I joined the Georgia Mass Choir after graduating. [Later] My wife and I started a label. I produced and then I stepped into the forefront.”

With Billboard chart toppers and Grammy Award nominations, he definitely made the right choice. To find out more about Troy Sneed or for a complete list of dates for his summer tour, visit: www.TroySneed.net.

The Pulse of Entertainment is a weekly syndicated column written by Eunice Moseley, who is also a PR/Business Management consultant. For more entertainment news, visit: www.ThePulseofEntertainment.com or www.FreelanceAssociatesInc.com.