Sleep with my Fathers 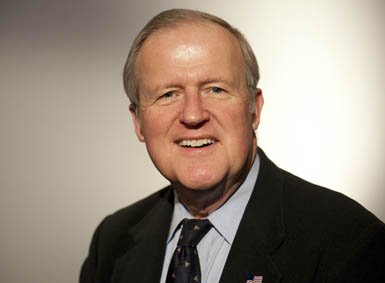 On turning 60, George Washington wrote in letters to friends: "The time is not far distant when I must sleep with my Fathers." I was a history student reading those words. My professors told me that Washington lacked Thomas Jefferson's "peculiar felicity of expression." Even though I was studying at Mr. Jefferson's university, I found it hard not to feel the beauty of Washington's words.

“Sleeping with my Fathers” was Washington's poetic way of describing his own impending death. I read them rather more literally. They reminded me of my own father coming home day after day from his carpenter's job. He would sit with me in our family's TV room and tell me wonderful stories of his seagoing days. He had sailed to 47 countries before, during, and after World War II and he was a fount of knowledge about the wider world.

Sometimes, our story hour would turn into wrestling on the TV room floor. Pop would then tell me about the need to defend myself from neighborhood bullies and teach me some self-defense moves.

Not infrequently, we would fall asleep on that floor. We would only awaken when my mother would come in and yell, "Les, take a bath and come to supper." My father always smelled of sweat and sawdust. It was an honest, sweet scent.

Pop was proud of his work. He could drive nails faster and more accurately than any man I've ever known. And he often worked high atop construction sites, as sure-footed as a Mohawk. His hammer would tap out a steady rhythm: "pop, POP, pop." It was rare that a nail required more than three swings of his hammer.

Pop would only intervene in coming-of-age fights if the toughs ganged up on me, or if one of them threatened me with a knife. Then, he would march over to the gang leader's house and tell his old man to come out. Pop would tell that father that if his son used a weapon or ganged up, he would "knock his block off." He never had to back up his words with his fists. In those happy days, even the toughs had fathers in the home.

It's painful for me to read every weekend the reports of murders in our inner cities. Emergency Rooms in our major cities see too much of the "rod and gun club" casualties. More than two-thirds of the teen murderers in our prisons are fatherless young men.

Liberal politicians and press lords focus on race, poverty, education, or other indicators, the so-called "root causes" of urban homicides. They want to target more federal programs to those mean streets. As if those streets don't have targets enough.

Rarely do the polls and pundits acknowledge “fatherlessness.” My blue-collar neighborhood was no garden. I often had to fight. But there was a limit to the violence. Fathers like mine enforced that limit.

There's another factor to consider when dealing with the sources of violence: religion. In their now classic study, "Who Escapes? The Relation of Church-Going and Other Background Factors to the Socio-Economic Performance of Black Male Youths from Inner-City Poverty Tracts," Richard B. Freeman and Harry J. Holzer showed how some young men avoided entrapment in a host of destructive behaviors and attitudes. Church-going was then seen (1985) as a protection for vulnerable youth. The work of Family Research Council's Marriage and Religion Research Institute (marri.org) powerfully reinforces the Freeman and Holzer's conclusions.