Superman: Coming to a church near you 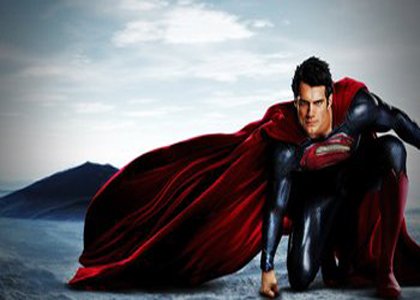 BALTIMORE (CNN) — As the new Superman movie takes flight this weekend, filmmakers are hoping the Man of Steel lands not only in theaters, but also in pulpits.

Warner Bros. Studios is aggressively marketing "Man of Steel" to Christian pastors, inviting them to early screenings, creating Father's Day discussion guides and producing special film trailers that focus on the faith-friendly angles of the movie.

The movie studio even asked a theologian to provide sermon notes for pastors who want to preach about Superman on Sunday. Titled "Jesus: The Original Superhero," the notes run nine pages.

"How might the story of Superman awaken our passion for the greatest hero who ever lived and died and rose again?" the sermon notes ask.

(Disclaimer: CNN, like Warner Bros., is owned by Time Warner.)

Similar campaigns to corral the country's large number of Christians into the movie theater have been used for "Les Miserables," "Soul Surfer" and "The Blind Side," all of which had at least some faith angle.

Baltimore pastor Quentin Scott is among dozens of ministers who received an e-mail invitation from Grace Hill Media, a Hollywood-based Christian marketing firm, to an early screening of "Man of Steel."

"There was an actual push to say `We're putting out something that speaks to your group,' " said Scott, one of the pastors of Shiloh Christian Community Center in Baltimore.

At first, Scott said, he didn't buy the religious pitch. Then he decided to attend a free midweek screening in Baltimore.

"When I sat and listened to the movie I actually saw it was the story of Christ, and the love of God was weaved into the story," said the pastor.

"It was something I was very excited about that with the consultation of our senior pastor, we could use in our congregation."

Grace Hill's sermon notes are specially designed for churches like Shiloh that integrate multimedia into their services.

"Let's take a look at the trailer for `Man of Steel,'" the notes suggest after briefly introducing the movie's history and themes.

The man behind the notes, Pepperdine University professor Craig Detweiler, has prepared similar material for films like 2009's "The Blind Side" and "The Book of Eli" from 2010.

The spiritual themes in "Man of Steel" are abundant, Detweiler said, and his notes enable Christians to thoughtfully engage with pop culture instead of shunning it.

"All too often, religious communities have been defined by what they're against. With a movie like `Man of Steel,' this is a chance to celebrate a movie that affirms faith, sacrifice and service," Detweiler said.

It will be hard for even casual Christians to miss the messianic metaphors in "Man of Steel."

The movie focuses on the origins of Superman, who was sent from the planet Krypton as an infant to save his species.

He is raised by surrogate parents who help him grapple with his special powers, even though they don't fully understand the source of his extraordinary abilities.

When he turns 33, Superman must willingly sacrifice himself to save the human race.