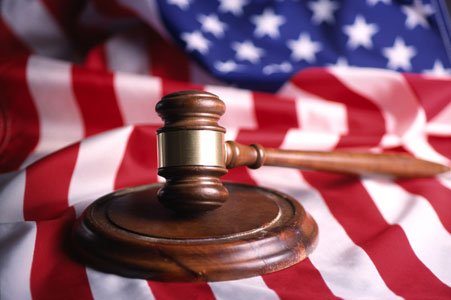 “This will be great for communities with disparities and no insurance or [who] are under insured,” said Dr. Claudia Baquet, associate dean for policy and planning and professor of medicine and director of the National Bioethics and Health Disparities Research Center at the University of Maryland School of Medicine.

“As a voice for everyone whose life has been touched by ovarian cancer, we are grateful that the Supreme Court has ruled that naturally occurring DNA segments cannot be patented,” said Calaneet Balas, CEO of the Ovarian Cancer National Alliance in Washington, D.C.

The case involves the well known BRCA1 and BRCA2 genes, which can involve mutations that increase the likelihood of breast cancer.

Superstar actress Angelina Jolie made headlines last month when she announced that she had undergone a double mastectomy. Jolie said that she learned that she carried the BRCA1 mutation and said her chances of developing breast cancer had dropped from 87 percent to under five percent because of the procedure.

Researchers said BRCA mutations are the cause of most of the inherited forms of those cancers.

The Court ruled that Myriad Genetics did not have exclusive rights to the BRCA1 and BRCA2 genes that are linked to a much greater risk for breast cancer and it should not be the only company allowed to test for it.

“Myriad did not create anything,” Justice Clarence Thomas wrote. “To be sure, it found an important and useful gene, but separating that gene from its surrounding genetic material is not an act of invention.”

The ruling offers the prospect of significant patent protection for DNA, as well as other inventions derived from human DNA, according to the Court’s opinion.

The American Civil Liberties Union filed a lawsuit against Myriad, which got the ball rolling toward the eventual Supreme Court decision.

Dr. Haig Kazazian, a professor at the McKusick-Nathans Institute of Genetic Medicine at Johns Hopkins University, was ordered to cease and desist from testing patients for BRCA after he received a letter from Myriad in 1999.

“This was not good for women who were at risk for this serious disease,” Kazazian said in a statement posted on the university’s website. “You couldn’t get a second opinion if you had a positive result.”

Kazazian holds a gene patent of his own, but believes gene patenting should be limited to particular circumstances.

Balas, of the Ovarian Cancer National Alliance said, “Many women we work with are concerned about their genetic risk of developing ovarian cancer, especially in the wake of Angelina Jolie’s announcement that she carries the BRCA1 mutation.”

Balas pointed out that Myriad’s patent limited women’s options for learning about their genetic risk and given the deadly nature of ovarian cancer, the Ovarian Cancer National Alliance is pleased with the Court’s decision. “We are hopeful that it will give women more options to learn about and safeguard their health,” she added.