Bari Musawwir is one monster of a driver 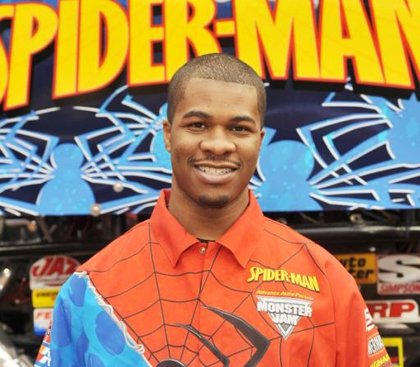 BALTIMORE — Recently, Monster Jam Path of Destruction came to Baltimore’s M&T Bank Stadium. More than 4,000 tons of dirt was brought inside the stadium, along with 50 crush cars, vans and buses to create the vast racing track and freestyle course, only to be destroyed by massive Monster Jam Trucks.

Bari Musawwir, who is African American, drove the Baltimore-themed Monster Truck. The Inner Harbor, sailboats, and crabs were among the Maryland adornments on the truck.

“It’s a special truck we did for Baltimore to show some love to the city,” said Musawwir. “This was my third time driving here in Baltimore. The truck is pretty unique for the city of Baltimore, and won’t be used anywhere else.”

The Cleveland native talked about what it is like to be behind the wheel of a Monster Truck.

“It’s nothing like it,” said Musawwir. “These trucks weigh about 10,000 pounds, and have great horsepower. You can go anywhere you want. I really have not found anything yet to describe it. It’s amazing what these trucks are capable of doing.”

According to Musawwir, he competes full-time, and races approximately 20 weekends out of a year. However, his background does not include previous motor sports or mechanical experience. Ironically, his experience is in radio-controlled trucks. After seeing how impressive Musawwir was in dominating at an R/C monster truck competition, Advance Auto Parts Monster Jam officials decided to test his skills in a 10,000-pound machine.

He had impressive test sessions behind the wheel of the big trucks. After completing those auditions successfully, he got the opportunity to drive in an actual Monster Jam World Tour competition. He made his debut driving Backwards Bob at the 2010 event in Panama City, Panama. According to Musawwir, the Panama City debut is his greatest Monster Truck memory.

“My mom took me to my first Monster Truck show when I was six years old,” said Musawwir. “This has been a real dream come true for me. I always had a love affair with cars and trucks as a kid.”

“Monster Jam is fan-driven, and I love it,” said Musawwir. “We get a lot of inspiration from our fans. We had a great time in Baltimore.”