Juneteenth is Worth Celebrating 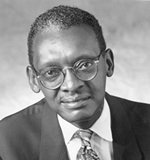 NNPA — Did you know that the official African-American holidays are: Kwanzaa, Martin Luther King Jr. Day and Juneteenth? What do you and your family, do to celebrate Juneteenth? Also known as Freedom Day or Emancipation Day, the Juneteenth holiday is an abbreviated form of June nineteenth. It marks the day blacks in Texas belatedly received word that President Abraham Lincoln'92s Emancipation Proclamation had freed the nation slaves.

Black Americans should commemorate Juneteenth as the date in 1865 when Union Gen. Gordon Granger arrived with his troops at Galveston Island and read President Lincoln'92s proclamation freeing the state's 200,000 slaves. The proclamation had originally taken effect on January 1, 1863, but word didn't reach Texas until two months after Confederate Gen. Robert E. Lee surrendered to Gen. Ulysses S. Grant and more than two years after the proclamation was issued.

Explanations for the holdup vary.

Depending on who's doing the explaining, the delay could have been attributed to anything from bureaucratic delays to a slow mule. Once freed, several self-sustaining Black farming communities grew up in Texas, and across the land, as freed men tilled their own soil.

Descendants of slaves should institute some modern-day ritual as we continue the country'92s oldest celebration commemorating the end of slavery. An African-American tradition since the late 19th century, Juneteenth is recognized as a state holiday or day of observance in 42 states. On June 19, 2013, Dr. Ronald V. Myers, Sr., chairman of the National Juneteenth Observance Foundation joined Speaker of the House John Boehner (R-Ohio) to host a ceremony to unveil a statue of Frederick Douglass at the U.S. Capitol with Myers reading Douglass'92 historic speech: The Meaning of July Fourth for the Negro.The speech is a classic: July 5, 1852, Douglass gave a speech at an event commemorating the signing of the Declaration of Independence, held at Rochester Corinthian Hall and told his audience, This Fourth of July is yours, not mine. You may rejoice, I must mourn.

However, some are asking: Is Juneteenth still relevant? These days, some consider Juneteenth as being controversial. In the early 20th century, economic and cultural forces caused a decline in Juneteenth celebrations. The Great Depression forced many blacks off farms and into cities to find work. In those urban environments, employers did not grant leave for Juneteenth celebrations. July 4 was the established Independence Day holiday and a rise in patriotism among black Americans steered more toward what they considered Independence Day celebrations. At the height of the 1960s Civil Rights Movement, Juneteenth lost more gravitas, particularly among militant blacks who perceived it as obsolete in terms of their goals. Some argued that Juneteenth wasn'92t a cause for celebration inasmuch as it symbolized that Texas blacks had remained enslaved after the rest of the South had been freed.

Washington Smithsonian Institution Anacostia Museum has emerged from the controversy to an annual Juneteenth celebration whose focus remains on the recounting of Afro-American culture and includes such traditional activities as a community barbecue, music, poetry readings, games and fireworks. It also features storytelling and re-enactments of battles fought by the all-black 54th Regiment Union forces of the Civil War. Malcolm Beech, head of the Cultural Heritage Museum and a group of African-American Civil War Re-enactors says, Juneteenth is a very important day for us to keep alive in our history as we continue to tell stories of blacks who were soldiers, slaves and freed men.

As it moves forward, Juneteenth has become an occasion for reflection and time to recognize our achievements in life and economic development. Some have even equated the holiday with having the same importance among Afro-Americans as does Cinco de Mayo among Latinos.

Making it a point to trade, or buy something, from another black, would be a worthwhile practice for African Americans to engage in during Juneteenth. This should also be a time for Blacks to focus on education and self-improvement, and to retrace our outstanding ancestry.

William Reed is head of the Business Exchange Network and available for speaking/seminar projects and can be reached at: www.BaileyGroup.org.