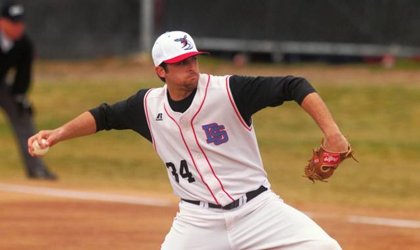 The Historical Black Colleges and Universities sports roundup for this week is about training, signing, and moving on to bigger and brighter opportunities:

Delaware State University Hornets: Former Delaware State University pitcher Jordan Elliott has signed a contract with the Frontier Professional Baseball League’s Washington Wild Things in Washington, Pa. Elliott completed his Hornets baseball career this past season as the team’s all-time leader in pitching wins and innings pitched, while ranking third in strikeouts. Congratulations to Elliot and it is just a matter of time before we see him in the major leagues.

University of District of Columbia Firebirds: Head women's basketball coach Jay Butler and the University of the District of Columbia will host the 3rd annual Youth Basketball Camp at the UDC Gym this summer. The first session is already underway (June 24th-28th) and the second session is July 15th-19th. For more information on the basketball camp, visit http://static.psbin.com/v/0/6v8y37yecikjx2/Jay_Butler_Basketball_Camp_2013.pdf

That’s a look at HBCU sports for this week. Please send any questions, comments, or HBCU Sports and news to pdemps@btimes.com. You can follow Phinesse Demps on Twitter: @lfpmedia; Baltimore Times: @baltimore_times.