Jeff Clanagan of Codeblack Films is on the move in Hollywood 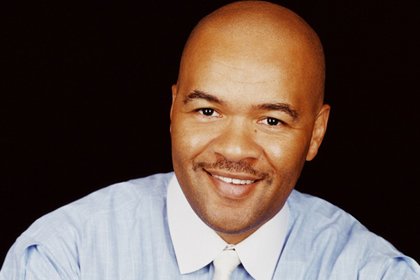 Film director and CEO of Codeblack/Lionsgate Films Jeff Clanagan screened three films at the American Black Film Festival— Kevin Hart’s “Let Me Explain,” “The Inevitable Defeat of Mister and Pete” (October release) and co-executive produced by Alicia Keyes, and Charles Murray’s “Things Never Said.” Hart’s "Let Me Explain" is set to be released July 3, just in time for the holiday.

His company, Codeblack Enterprises, located in Universal City, California is mostly known for its DVD and digital film distribution and for opening the first black owned film studio. Many of its films can be found On-Demand.

Aside from Codeblack Films with Lionsgate, Clanagan has a partnership with Hulu to deliver Urban content for their CBTV channel. He has a deal with 20th Century Fox via Fox Faith to provide family focused projects. He also has distribution partnerships with Gaiam Vivendi Entertainment and Vision Films.

“We have a much broader slate,” Clanagan said about the difference between his deal with Lionsgate and 20th Century Fox. “We might acquire Hispanic, comedy, thriller!”

With his deal with Lionsgate comes a position at the company as president of Codeblack Films, which makes him the first African American at Lionsgate with the title, and the power to acquire and greenlight projects. He has produced two Kevin Hart live comedy shows, and his theatrical release of projects “Laugh at My Pain” (2011) and the current “Let Me Explain” (July 3, 2013).

If all that is not enough, Jeff Clanagan runs Shaquille O’Neal’s entertainment company, Shaq Entertainment. To learn more about this outstanding business mogul, visit: www.Codeblack.com.

The Pulse of Entertainment is written weekly by Eunice Moseley. She is also a PR/Business Management consultant. For more entertainment news, visit: www.ThePulseofEntertainment.com or www.FreelanceAssociatesInc.com.