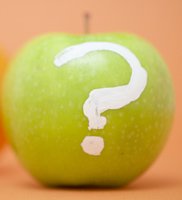 What happens to students when a school closes, and what is the impact on the alumni?

As a native Baltimorean and proud graduate of the city’s public school system I am saddened each time a schoolhouse padlocks its door for the final time. These closures make me wonder if others feel the same sense of loss or displacement.

Every primary and middle school my siblings or I attended has been closed. Once shuttered, the classrooms where I learned to read, count, make friends and began my dream of earning a living as a writer, often fall upon hard times.

One of my old schools sat vacant for years, vandalized nearly beyond recognition. Another building etched into youthful memories was re-purposed into municipal use as a training facility. The middle school my brother attended became an alternative learning center for at-risk juveniles. Years after it was closed, toxic installation materials were discovered in the school where I attended kindergarten. It was quickly and quietly demolished.

During the 2013 Maryland legislative session, Baltimore City Public Schools secured permission and funding to implement a multi-million dollar facilities improvement venture. It remains to be seen if a better building equals a better education. One thing is certain, for many current students the upheaval and anxiety of going to a new, unfamiliar school will be disruptive at best and in some cases disastrous.

There is also the impact on underserved neighborhoods that desperately need the jobs and professional presence of a public school. Long after the chain grocery stores, first-run movie theaters, pharmacies and banks pulled up and moved away, schools and churches are often the only institutions left to anchor the community and offer a safe haven to residents.

I am aware that the city’s long-range plan is to replace the aging school buildings with new and better structures. But, in fragile neighborhoods, 18 months (or more) of construction and displacement can be tough on a family’s routine.

A few months ago, I heard that my high school, Northwestern is slated for closure. I can remember when the school opened. I was a seventh grader at Pimlico Junior High, which by the way closed a few years ago and is now a rather elaborate, state-of-the art police training facility. Former mayor Sheila Dixon graduated from Northwestern, a school that produced a number of doctors, lawyers, at least one public school principal and scores of professionals in other respected fields.

It’s no surprise that I’m pretty upset by the prospect of Northwestern shutting down. Given my thoughts on this issue it may seem I’m just someone resistant to change, reluctant to let go of the past. However, consider the words and thoughts of 17-year-old Alexis Banks,

a senior who spoke out publicly in protest of the planned closing of her high school. "Every student should have a high school to go back to, to say, 'This is where I came from. This is what got me where I am.” Alexis, has been accepted to seven colleges including Virginia Tech and offered a full scholarship at Towson University.