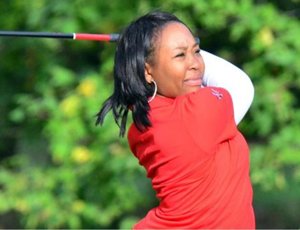 BALTIMORE — Welcome to another week of HBCU Round-Up. Here is the latest on HBCU sports:

University of the District of Columbia Firebirds: In track and field, the UDC Firebirds are set to compete in championship events in Colorado on May 23trd-25th. Shauna-Kay Creary and the 4x400M relay team of Kaydian Jones, Jerily Benjamin, Rochelle Nelson and Simone Grant, will represent the University of the District of Columbia at the 2013 NCAA Division II Women's Track & Field Championships in Pueblo, CO. Creary and the Firebirds 4x400M relay team qualified for the championships by reaching the automatic and provisional standards established for each event.

Delaware State University Hornets: In golf, the first-year Delaware State University women’s golf team made a respectable showing in the inaugural PGA Minority Collegiate Golf Championship held at the PGA Golf Club May10 to May12, 2013. The Hornets were fourth among eight teams with a three round total of 968. Delaware State’s Aisha Peete shot a team-best 75 in the opening round. Nicole Rafer topped the team with day-two score of 79, while Mengxuan Gai had a final round score of 76 to lead the Hornets.

Coppin State University Eagles: The Mother’s Day event in women’s track and field saw some personal accomplishments: Christina Epps finished seventh in the triple jump on the final day of competition at the 2013 ECAC Outdoor Track and Field Championships at Weaver Stadium on the campus of Princeton University. Epps earned a seventh-place finish with a jump of 40-6.25, which ranks as her second-best jump during the outdoor season. The Eagles also received a 17th-place finish from Alexis Easterling in the triple jump as she posted a mark of 37-8.50. Deandra Daniel notched a ninth-place finish in the high jump. She finished in a tie for ninth place by clearing 5-7.25, which is her third-best mark of the outdoor season.

Morgan State Bears: The Morgan State women's track and field team also competed over the weekend in the 30th ECAC Outdoor Track & Field championship at William Weaver Track & Field Stadium at Princeton University. The Lady Bears finished with two top five finishes in the event finals and scored a total of 14 points to tie Maine for 22nd. The University of Connecticut captured the meet title with 73 points, followed by the University of Maryland Eastern Shore (53 points) and host Princeton (51.50), who placed second and third, respectively.

That’s a look at HBCU sports for this week. Please send any questions, comments, or HBCU sports and news to pdemps@btimes.com.