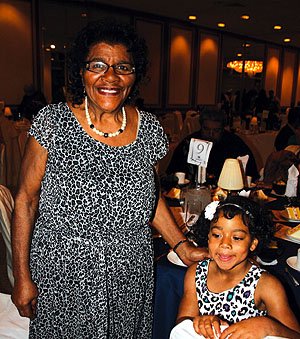 The five inductees honored for their tireless dedication were Helen Chambers, Dr. Eleanor Harris, Shirley A. Harrison, John Greene and Max Ochs. A community partnership award was given to St. Anne’s Parish for their support of the Head Start Obery Court Summer Camp.

Les Stanton, president of the Community Action Agency Board of Directors and keynote speaker for the evening said the agency plays an important role in the lives of Annapolis residents. He thanked the volunteers for their time and dedication. “This year’s five inductees have serviced, committed and dedicated themselves to the community in which they live,” he said.

The event included a silent auction of signed sports memorabilia, fine jewelry and other collectible items. The evening included dinner and dancing. A raffle was also a part of the event. The Harmonic Four performed jazz throughout the evening.