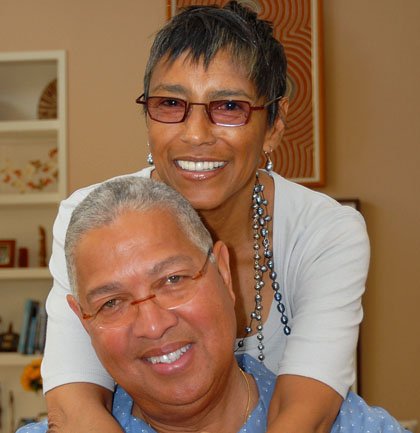 BALTIMORE — Philanthropist couple Bernard and Shirley Kinsey spent nearly a decade gathering as many as 400 authentic and rare art, artifacts, books, documents and manuscripts, all of which tell the often untold story of African American achievements and contributions.

The culmination of the stunning collection counts as an impressive touring exhibition spanning more than 400 years of history aptly titled, “The Kinsey Collection: Shared Treasures of Bernard and Shirley Kinsey,” opens at the Reginald F. Lewis Museum in Baltimore on November 2, 2013 and will be on display until March 4, 2014.

“Many people believe that blacks did not participate in historical events that shaped our country. In other words we were invisibly present. That’s a myth. I have the documentation and art to prove it,” said Bernard Kinsey.

The work’s powerful message has even grabbed the attention of Walt Disney World, where the Kinseys currently enjoy a three-year exhibit agreement.

Wells Fargo Bank also has partnered with the Kinseys to sponsor the tour and help produce videos about the collection.

“You can go into any Wells Fargo branch and, on their television monitors, they are displaying the collection,” said Kinsey, 69.

He says that the purpose of the collection, which includes countless landmark moments in black history, isn’t to incite anger or cries of injustice, but it doesn’t ignore facts as they occurred throughout history.

“I want our people to receive an accurate portrayal of what our brothers have accomplished and to be proud of our heritage,” he said. “Many blacks are ashamed of their history due to lack of knowledge of who they really are and where they are from.”

The collection includes an early draft of the Emancipation Proclamation; original works by Frederick Douglass; a book about Africa by an African that dates to the 17th century; and documentation of how an estimated 38,000 cowboys, including 10,000 African Americans, helped shape the American western frontier.

One of Kinsey’s most prized possessions remains a 1963 letter written by Malcolm X to Alex Haley, who would later retrace his family history in the best-selling book, “Roots,” which ultimately turned into the much-watched television series of the same name.

The collection also features the 1862 biography of Harriet Jacobs, known as Anne Frank, the runaway slave who hid in an attic for seven years to avoid a vicious slave owner.

“The Kinsey Collection is one of the more diverse collections of African American art and artifacts in the country,” said Michelle Joan Wilkinson, director of collections and exhibitions at the Reginald F. Lewis Museum. “Bernard and Shirley Kinsey have taken care to select items that paint a broad picture of the many accomplishments that African Americans have made to our nation and the world. We are especially proud that Marylander Frederick Douglass is among those who are featured.”