A new motto for Baltimore 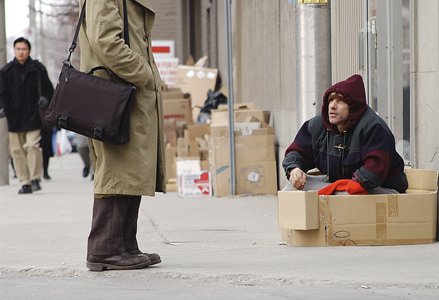 Let’s make Smokey the official face of Baltimore, kind of our mascot.

You have never heard of Smokey? He is 57-year-old Simon “Smokey” Carey, a man bereft of either pride or dignity, and one unfettered by a sense of shame.

Smokey is a panhandler, and apparently he is quite proud of it. When The Baltimore Sun did a story in its Wednesday, October 23, 2013 edition about panhandling, it wasn’t enough for Smokey to consent to be interviewed. No, Smokey was so shameless that he allowed himself to be photographed as well.

A guy like Smokey is the perfect symbol for Baltimore, famous for helping to send its former mayor, Martin O’Shameless himself, to the governor’s mansion. Smokey is the ideal mascot for a city that has no shame.

Forget those old slogans: The City That Reads; Charm City; and Believe. Let us come up with a slogan that tells what we are really about. I have a few suggestions.

Baltimore: The City With No Shame.

Baltimore: The City Where Shame Came To Die.

Baltimore: The City Where Shame Was Dragged Kicking And Screaming Into The Street, Tied To A Lamppost And Shot Between The Eyes.

Got Shame? We Got No Use For You In Baltimore.

It was O’Shameless himself that started us down this road, back when he was mayor.

Remember when the school system ran up a $58 million deficit, back when O’Shameless was mayor? I’m sure he doesn’t, since he has yet to give an accounting to taxpayers about what happened to their money.

The deficit was run up under former school superintendent Carmen Russo. O’Shameless said he’d tried to get information from Russo about the schools, but that she wasn’t cooperative.

That’s an admission of failure, but when O’Shameless ran for governor in 2006, he brazenly bragged about how great Baltimore schools were. That $58 million deficit never came up.

And remember what happened when then-Gov. Robert Ehrlich offered to help bail Baltimore out of its school system crisis, on the condition that there be more state oversight?

Why, O’Shameless and his equally shameless fellow Democrats in Baltimore made Ehrlich the villain, claiming the mean old Republican was picking on our town and our schools.

Now Smoky probably figures that if our governor can have no shame, then why should he? And it’d be hard to argue with him.

In no way do I want it misconstrued that I condone panhandling. Panhandlers are annoying, often deliberately so.

How much of your dignity and pride have to vanish for you to even consider going up to a complete stranger and asking for money? Just how much of your sense of shame has vanished?

Panhandlers don’t trouble themselves with things like pride, dignity and a sense of shame. They just get in the way of the begging.

And no, don’t hand me this nonsense about how panhandlers beg for money because they’re homeless, hungry or both.

In The Baltimore Sun story Smokey revealed that he stays with his sister in the Park Heights area. So we know he is not homeless.

And if Smokey’s sister is sheltering him, then she’s probably feeding him too.

So if Smokey is neither homeless nor hungry, then why is he out in the streets panhandling? Just what is he using the money he gets panhandling for?

Methinks booze, drugs or both might be the reason many, if not most, panhandlers panhandle. The combination of booze and drugs might also be the reason they have little to no sense of shame.

So here’s to Smokey, Baltimore’s new mascot. And here’s to Baltimore, city of drunks, druggies and shameless politicians.