Study: Signs of autism may show up as early as first month 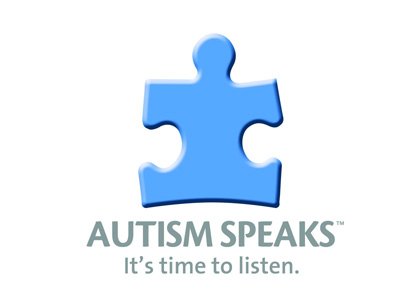 From the Centers for Disease Control and Prevention: Autism or autism spectrum disorders (ASDs) are a group of neurodevelopmental disorders, causing impaired communication skills and social skills. ASDs generally start before three years of age and last a lifetime, but early intervention plays a role in treatment and progress. www.autismspeaks.org

CNN — The first signs of autism may be visible as early as the first month of a child's life, according to a study published Wednesday in the scientific journal Nature.

"These are the earliest signs of autism ever observed," says lead study author Warren Jones.

Researchers at the Marcus Autism Center in Atlanta followed 110 children from birth to age 3, at which point a diagnosis of autism was ascertained.

Data was collected at 2, 3, 4 ,5, 6, 9, 12, 15 and 24 months of age. Each time, the children watched videos showing actresses playing the role of a caregiver. "Every baby watched the same videos, and then we could measure what was different about the responses of infants later diagnosed with autism versus infants who were typically-developing," Jones says.

Lack of eye contact is one of the red flags when it comes to autism -- a group of neurodevelopmental disorders that can cause significant social, communication and behavioral challenges.

Jones, who is the director of research at Marcus Autism Center and assistant professor in the Department of Pediatrics at Emory University School of Medicine, says he really expected the children later diagnosed with autism would have diminished eye contact from birth. Instead, he and his colleagues measures how much time each baby was looking at the eyes of the caregiver in the video.

"Basically from birth, (all) babies will look more at the eye part of faces," says Jones. But at about 4 to 6 weeks, he says the attention to eyes decreases, then in typical babies picks up again at 2 months. Jones found, "in the first 6 months of life we're seeing a decline in the amount of looking at other people's eyes in children who later are diagnosed with autism."

The research suggests that a baby's initial eye contact ability may be an almost a reflex-like behavior, but then there may be a second phase of development that depends on different brain and gene systems which lead to social interaction, Jones says. That's where a typically developing child's development may differ from a child with autism.

The study authors conclude that "the observation of this decline in eye fixation -- rather than outright absence -- offers a promising opportunity for early intervention."

This is not something parents are going to see by just holding their baby, Jones points out. This type of eye-tracking requires sophisticated technology that can track even the slightest movement of the eye.

"It's a very interesting study with intriguing results. " says Wendy Stone, a longtime autism researcher and director of the Research in Early Autism Detection & Intervention (READI) lab at the University of Washington. But, she adds, "many researchers in this field have not seen behaviors under 6 months to be predictive of later diagnosis."