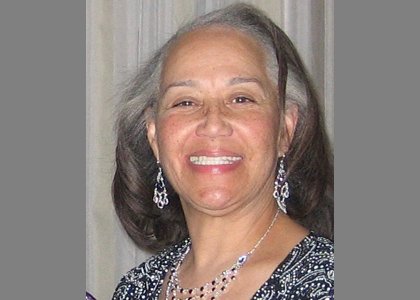 BALTIMORE — Recognizing how important the first year of college is for most students, Coppin State University officials developed an intensive summer orientation and acclimation program they said would help everyone get off to a great post-high school start.

The four-year-old program, Summer Academic Success Academy (SASA), counts as a six-week crash course that provides students a head start on the academic and social skills needed to succeed.

While successful, school officials have taken another step to assist the college-bound by developing “MyFoundationsLab,” a new and comprehensive, four-week, and summer residential program.

“Many of the students are first generation college-bound. The resources offered here meets the students where they are and that’s important because there are so many gaps in what they are learning as many don’t even take math in their senior year of high school,” said Professor Jean Ragin, coordinator of the Summer Academic Success Academy.

Among the many reasons the university has added MyFoundationsLab is because 48 percent of American high school graduates who took the ACT college prep test were below the benchmark in math, according to the Condition of College & Career Readiness 2013 report.

After completion of the SASA program, all students retook the state required Accuplacer test as well as a 30 question departmental exam.

The students included in the pilot program realized an increase in scores compared to those who did not participate.

“I consider myself a motivator,” said Ragin, an educator for nearly four decades who also worked in the Baltimore City Public School System as a high school math teacher; math department head; assistant principal; and principal.

Among the many degrees Ragin holds are a bachelor’s of science degree she earned from Morgan State University in 1976.

“Math is all about procedural and conceptual problems. Everybody knows that two plus two equals four,” Ragin said. “But, we want to know how you get to four because in college, students are doing math that requires them to be critical thinkers and that’s the point of this program.”

Providing students a strong support system remains an effective way of helping young people. Students at the college are mostly from urban high schools that lack strong college preparatory programs and from families without a tradition of college attendance, according to Ragin.

The summer success academy assigns every student to a group of 10 to 20 peers supervised by a faculty or staff mentor, whose job is to shepherd each of them into the program and throughout their first year of classes.

“The program is a success in my opinion because there are 24 modules and they are all helping the students to become critical thinkers,” Ragin said. “We walk the students through everything, step by step and we are raising the bar.”

Plans for next year are already underway and officials say that they hope to continue the success of the program and help more students achieve new heights in mathematics and other college courses.

“I’m sure there will be more to look forward to,” Ragin said. “We’ll continue to try to keep raising that bar.”