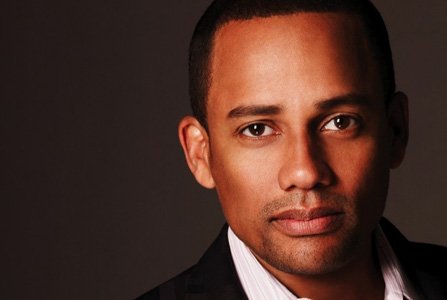 “I get all of these letters from men and women going through the system. I felt I had to step in and try to help,” said Harvard JD graduate, best-selling author and actor Hill Harper about his new book “Letters to an Incarcerated Brother: Encouragement, Hope, and Healing for Inmates and Their Loved Ones,” released on Tuesday, November 5, 2013. “Real struggles— publishers didn’t support the book because, of course, people would have to buy it and give it to those incarcerated.”

The book provides advice and inspiration to restore a sense of self-worth. Through his nonprofit organization, Manifest Your Destiny, Harper has witnessed the transformation of at risk teens because of mentorship.

“I discovered there aren’t very many resources directed toward this population,” Harper pointed out. “The material takes a top down approach about the justice system, not down top.”

As an actor Hill’s credits date back to the late ‘90s which led to his current co-starring role in “CSI: NY” and most recently on USA Network’s “Covert Affairs” where he plays a bad guy. The finale episode of “Covert Affairs” airs on Thursday, November 21, 2013.

Harper acquired a recurring role on “Covert Affairs” as Calder Michaels, an ambitious CIA station chief based in Latin America. “I’m a bad guy on this show, but you don’t know if I am good or bad. He [my agent] knew I wanted to play more bad guys. It’s been so much fun,” Harper said.

Harper’s first book “Letters to a Young Brother” was named “Best Book for Young Adults” by the American Library Association and has garnered him two NAACP Image Awards.

His acting credits include his role as Dr. Sheldon Hawkins, the reclusive coroner in “CSI: NY,” the starring role in HBO’s Lackawanna, The Handler, Soul Food and “The Sopranos.”

Find more information about his book, “Letters to an Incarcerated Brothers: Encouragement, Hope, and Healing for Inmates and Their Loved Ones” visit: www.HillHarper.com and to learn more the “Covert Affairs” finale, visit: www.USANetwork.com/CovertAffairs.