City initiative working to save babies 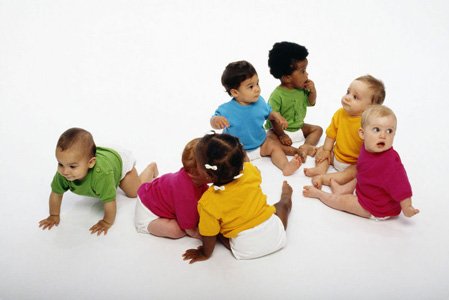 BALTIMORE — For decades, Baltimore City had the dubious distinction of having the highest infant mortality rate in the state.

It had long been a troubling statistic as many global organizations and countries typically use infant mortality as a tool to see if services for women and children are working.

Three years ago, a joint effort began between the city’s health department and the Family League of Baltimore to change this.

A new initiative was born called, “B’more for Healthy Babies,” which included a partnership with Johns Hopkins, the Bloomberg School of Public Health, the University of Maryland School of Social Work, and the Baltimore Medical System, with major funding from CareFirst Blue Cross and Blue Shield.

“There has been a 28 percent decrease in infant mortality since we started which is the lowest rate on record,” said Andrew Waldman, of the Family League of Baltimore, a nonprofit organization that coordinates and funds programs to strengthen the lives of children and families in Charm City. “What we’ve been able to do is a big deal.”

Waldman noted that the Family League’s mission is to help ensure that babies are born at a healthy weight, full term, and to improve the lives of city children from birth to adulthood.

Officials at the city’s health department recognized that many infant deaths were preventable, so collaboration began and strategies were designed to address those preventable deaths. The results include an overall 40 percent drop in infant mortality among African American babies, which officials called historic.

“I think results show that this strategy [the initiative] has worked,” said Jonathon Rondeau, president and CEO of the Family League of Baltimore. “By bringing together so many different organizations, service providers, community groups and individuals, we have drawn upon our many strengths and put them behind this effort. I only expect this collaboration to continue in the future.”

On October 15, 2013 officials and others celebrated the fourth year of the collaboration as well as the reduction in the infant mortality rate at the National Aquarium on Pratt Street in the city.

Last year, the state also recorded its lowest infant mortality rate ever and the work of the initiative in the city proved a huge contributor to that success, according to Waldman.

“B’more for Healthy Babies is one of our city’s great success stories— one well worth celebrating,” said Baltimore Mayor Stephanie Rawlings-Blake. “I’m proud of all the successes and the leadership of the health department and Family League. But I’m also grateful to the many people of Baltimore— moms, dads, grandparents and caregivers—who have listened carefully to the messages about taking care of moms-to-be, new mothers and infants. All of their decisions and actions are helping to make Baltimore a healthier place for babies and families.”

If ‘B’more for Healthy Babies’ could make a birthday wish, it would be that every baby is born healthy and ready to thrive,” said Dr. Oxiris Barbot, the city’s commissioner of health. “The good news is that our wish is coming true. With every passing year more babies than ever before are living to see their first birthday.”