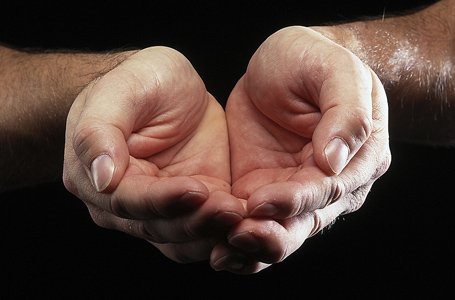 Even for that left-wing gaggle more commonly known as The Baltimore Sun’s editorial board, the October 23, 2013 editorial “Putting down panhandlers” is a new low.

For a while the editorial board at The BS— now, more than ever, appropriately abbreviated, believe me— has been drifting ever leftward. If honchos at the Tribune Company, which owns the paper, really want to save money, they should try this:

Fire the entire editorial board. Get press releases from the Democratic National Committee and run them as editorials. Believe me, readers won’t know the difference.

“Putting down panhandlers” was written with all the self-righteous dudgeon we have come to expect of American leftists. The Comintern committee that now comprises The BS editorial board will have no truck with a proposed law that would prevent panhandling within 10 feet of restaurants, shops or parking meters.

“This could actually become law,” the editorial groused, “and then the city may find itself in federal court explaining to a judge why a law written so broadly isn’t a violation of the First Amendment and the panhandlers’ right to free speech.”

It’s as if The BS Comintern club hasn’t a clue that the right to free speech isn’t absolute. There are exceptions, as handed down in court cases.

There is the “fighting words” exception. There is the “clear and present danger” exception, and if Baltimore’s proposed law becomes law and winds up being challenged in court, there might be a “boorish conduct” exception.

The BS editorial board knows little about constitutional law, and is even more clueless about how to deal with social ills.

“Baltimore has a high unemployment rate,” they wrote, “and no shortage of people who suffer from addiction and mental illnesses, and those chronic problems should be recognized as the real issue.”

But how does giving panhandlers carte blanche to beg from anyone they want, at any time they want and anywhere they want, help those who are addicted and suffering from mental illness?

If you are an addict you need to be in a recovery program; if you are mentally ill, you need treatment. Allowing the addicted and the mentally ill to beg on the streets, cures neither their addiction nor their mental illness. In fact, panhandling might exacerbate those problems.

But The BS editorial board really took a despicable turn with this passage:

“Panhandling is a symptom of a much broader social problem. In a city where one of out five adults and one out of three children live below the poverty line, the more apt question might be, why aren’t more people out there begging?”

Oh yes, they went there. Poor people, members of The BS editorial board

believe, are SUPPOSED to be on the streets begging and they are baffled about why more poor folks are not out there doing it.

That would be for two reasons. One is called PRIDE. The other is called DIGNITY. The majority of poor folks don’t panhandle because they have plenty of both.

Editorial board members of The BS don’t think poor folks have either pride or dignity. That is a typical American leftist view of the poor: arrogant, elitist and downright infuriating.

My mother was born black and poor in the year, 1922, when it was dangerous to be both. She raised her six children while living in poverty, working for low wages in several dry cleaning establishments.

She NEVER panhandled. (She was never on public assistance either; she told those folks just where to stick their “assistance.”) And she instilled in her six children a sense of pride and dignity that discouraged us from panhandling.

She died August 17. Two months and six days later, a bunch of leftists at a certain Baltimore newspaper insulted her egregiously by suggesting she should have begged her way out of poverty.