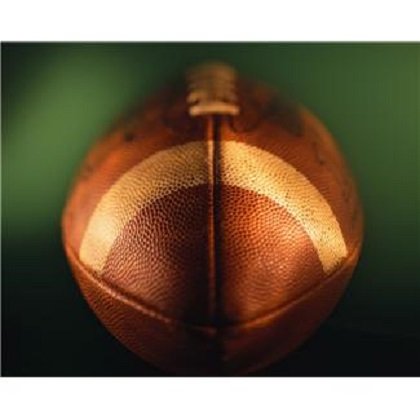 A quick memo to Baltimore Ravens head coach John Harbaugh about the woes of his team in the 2013 season: It’s your quarterback, stupid!

Look at the stats for National Football League (NFL) quarterbacks this season. Discerning fans have. Harbaugh, who still insists that Ravens quarterback Joe Flacco is still one of the premier signal callers in the league, clearly has not.

According to NFL stats posted on the website espn.go.com, Flacco is ranked 26th out of 32 NFL quarterbacks in passer rating. Among those ranked lower than Flacco are hapless types like Christian Ponder of the awful Minnesota Vikings; Chad Henne of the equally awful Jacksonville Jaguars; and the New York Jets Geno Smith, a rookie.

Flacco’s passer rating is a dismal 75.3. He has thrown for 13 touchdown passes, but has also thrown 13 interceptions. He has been sacked 33 times. Only Smith— the rookie— and the Pittsburgh Steelers’ Ben Roethlisberger have been sacked more. (Thirty-four times for Smith, 36 for Roethlisberger.)

Let’s compare Flacco’s numbers to those of quarterbacks near the top of the heap. Peyton Manning of the Denver Broncos is second in passer rating with 118.3. He’s thrown 34 touchdown passes and only six interceptions. Manning has been sacked just six times.

Aaron Rodgers of the Green Bay Packers, before he was injured, had a passer rating of 108.0. He ’d thrown 15 touchdown passes and only four interceptions, and had been sacked 18 times.

Drew Brees of the New Orleans Saints has been sacked 22 times. His passer rating is 106.7, and he has thrown 26 touchdown passes vs. only eight interceptions.

Andrew Luck of the Colts— I refuse to put Indianapolis in front of the word “Colts”— a second-year player, has a higher passer rating than Flacco.

Robert Griffin III of the Washington Redskins is also a second-year player AND he is coming off an injury. He also has a higher passer rating than Flacco.

After the Ravens won Super Bowl XLVII Harbaugh and team management, against all evidence to the contrary, figured that it was Flacco that got them there.

They further assumed that Flacco was the same caliber of quarterback as Peyton Manning, Rodgers and Brees. So they paid him accordingly, about $20 million a year for the next six years.

Flacco has done NOTHING in 2013 to prove he is even remotely in the category of a Peyton Manning, Aaron Rodgers or a Drew Brees. Anybody who has seen Broncos and Saints games— and Packers games when Rodgers was the still the quarterback— might have noticed something.

Manning, Rodgers and Brees play like quarterbacks that want to make it to the Super Bowl and win it.

Flacco has played like a man who is content to collect his $20 million a year, the team’s overall record be damned.

The Ravens need a quarterback that won’t toss five picks in one game. They need one who won’t throw a crucial pick six that leads to an eventual loss, as he did against the Chicago Bears on November 17, 2013.

The Ravens also need a coach and management that recognize Flacco’s limitations, and believe me his limitations seem limitless.

The man responsible for getting the Ravens to Super Bowl XLVII— and for them winning it— was wide receiver Anquan Boldin.

But what did the Ravens do after winning the Super Bowl? Pay Flacco like he is in the same category as Peyton Manning, Aaron Rodgers and Drew Brees while trading Boldin off to the San Francisco 49ers.

It was managerial arrogance and hubris at their worst and the Ravens are paying the price for that this season.